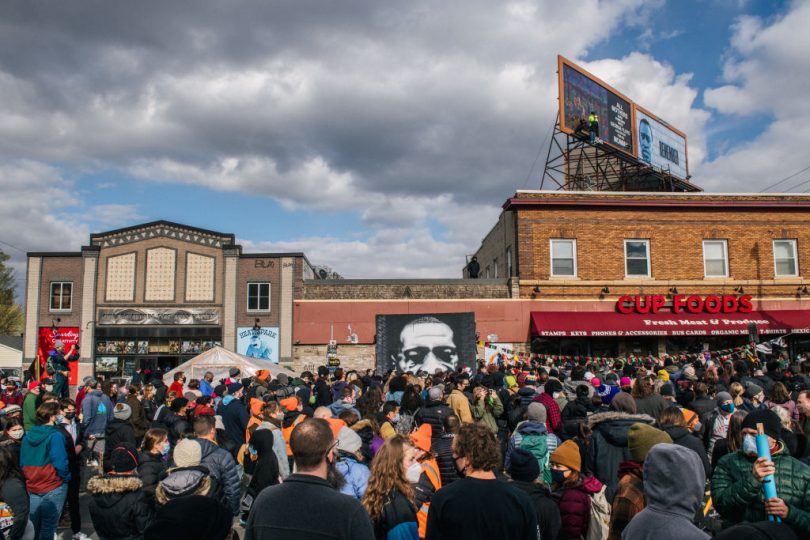 The Office of the Minnesota Attorney General with FGS Global received this year’s Best of Silver Anvil Award for their work on Minnesota v. Chauvin, one of the most high-profile and consequential criminal cases of the 21st century.

FGS Global provided pro-bono communications and legal support to Minnesota Attorney General Keith Ellison and his team in their successful prosecution of Derek Chauvin for the murder of George Floyd. 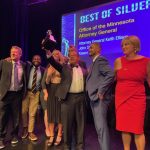 While it’s unusual for a PR firm to work for state prosecutors in a criminal trial, Ellison brought FGS on to help with the challenge associated with prosecuting a case that drew massive worldwide and public attention.

FGS developed a communications plan to ensure that the prosecution’s key messages were resonating with both media and the public while adhering to strict professional and prosecutorial standards and ethics.

PRSA presented the Best of Silver Anvil during a gala ceremony in Midtown Manhattan on May 19. (Find the complete list of recipients at this link.)

Here, FGS Partner Nedra Pickler talks with PRsay about the team’s daily activities, post-verdict communications strategy and challenges of working on such a high-profile case.

What were some of the steps you took to ensure accurate media coverage during the trial?

Part of that was just making sure that journalists had the right information ahead of time in the form of legal filings that would be relevant. I know, having covered court cases in my prior career as a journalist, that’s important in any legal case because there’s always just so much on the docket that it can be hard to find what’s most relevant.

Given the court’s strict protocols around media engagement — including a gag order for a period ahead of the trial — we focused on development of media statements and remarks following key case developments to ensure accurate media coverage.

Then we had a robust media monitoring operation in place, watching the coverage in real-time and flagging any inaccuracies so John Stiles, the attorney general’s deputy chief of staff who was overseeing the communications effort, could reach out to reporters and correct.

What were some of the FGS team’s daily activities during the trial? Were you fully integrated into the legal team?

We so appreciate Attorney General Keith Ellison’s trust to bring us into the inner circle. We joined the nightly prosecution team meetings to debrief on the day’s events and plan for upcoming witnesses and other arguments.

And each day, we would give the attorneys a quick read-out of the themes we were seeing in the news and on social media. It was a big job to synthesize everything out there on this case into a short daily summary. In total, we analyzed more than 54 million tweets, a quarter of a million news articles and 86,000 broadcast segments during the trial alone. Social media was particularly important since, of course, the lawyers weren’t allowed to talk to the jurors. But social sentiment was a proxy to show which of their arguments might be breaking through or falling flat.

What best practices can you share for counteracting misinformation or disinformation on social media? How can communicators play a role in stopping it from spreading?

We were, of course, alarmed and frustrated by the misinformation we saw spreading leading up to the trial. And because the prosecutors wanted to make sure that we were operating with the strictest ethics and in accordance with court rules, they did not want us to try to engage in correcting it. So it felt like our hands were tied at first. But it turned out that our best weapon was sunlight.

Once the trial was airing live on television and the public could see what was really happening in the courtroom, people were organically truth-squadding against disinformation.

And we saw sentiment turn highly supportive of the convincing case that the prosecution team was making against Derek Chauvin. So the lesson here for any communications campaign is: Transparency can be your most powerful tool to stop the spread of misinformation.

Most stories won’t draw such massive worldwide media and public attention. What are some steps that PR professionals can take to help get their message out in a crowded communications environment?

It’s true this wasn’t like a lot of the work we do to try to drive attention to a cause. In this case, it was a matter of trying to manage the tremendous amount of worldwide media attention that focused on the trial. All of us in this profession know that’s a fortunate problem to have.

However, once the trial was over and the prosecution team was able to speak about the case more freely, that’s where some of our real work began. We knew there would be a limited window where there would still be media interest and an ability to cement the legacy of this verdict to bring systematic change. These are the times when you need to work around the clock to maximize your voice and not let the opportunity pass.

Discuss some of the elements that went into the post-verdict communications strategy.

First, we were prepared for any outcome. It’s easy to look back now on the swift verdict and think it was inevitable that Derek Chauvin would be convicted, but that was far from certain. While, on average, three people are killed by police in America each day, criminal convictions against law enforcement officers are exceedingly rare.

And Attorney General Ellison had taken the bold step of charging Chauvin with murder, which is a high bar. So we had prepared for any scenario, including a hung jury, split verdict or acquittal that could have led to civil unrest. The latter was especially painful to have to think through, but we did our diligence.

Fortunately, instead, the prosecution proved its case without a doubt and got a verdict of guilty on all counts. We immediately executed a cross-channel, multi-week national communications strategy for the senior members of the prosecution team to amplify their victory in the hopes it could bring lasting change.

An Axios story mentioned that most FGS staff didn’t know that the firm was involved in providing comms support during the trial. Why did you decide to keep news of this work to a smaller group of employees?

We wanted to make sure that the focus of this trial stayed on the case itself, not who was working behind the scenes. We also were especially determined to protect the legal privilege of this important assignment.

And mostly we were always mindful of the seriousness and graveness of what we were dealing with — George Floyd lost his life in a horrific public murder, the entire institution of law enforcement came under question, and we’ve never lost sight of any of that.

What work are you most proud of with this campaign?

In the wake of George Floyd’s murder, our firm was moved to consider ways we could leverage our resources in pursuit of systematic change. And at that time, our friend and frequent client Neal Katyal at Hogan Lovells told us he was working pro bono for Attorney General Ellison on this case and asked if we would be willing to provide communications support.

The attorney general’s office had a limited budget to match this case’s extraordinarily high stakes. And although it’s unusual for a public affairs firm to work on behalf of a prosecutor, this case also was drawing extraordinary worldwide media attention they needed help managing. Neal correctly said in his initial outreach that “this is about as righteous a cause as exists.”

We couldn’t agree more and know that the right communications approach can always help make a difference. So we are immensely proud to have been a part of helping to uplift this historic and transformative litigation.

John Elsasser is PRSA’s publications director and editor-in-chief of the award-winning Strategies & Tactics. He joined PRSA in 1994.