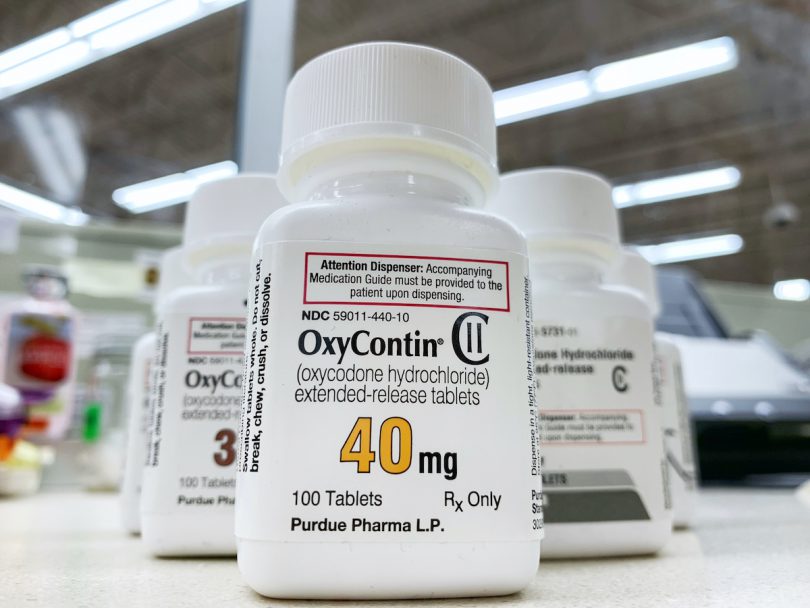 In early May, the state of Massachusetts filed a lawsuit against Publicis Health for its work with Purdue Pharma, claiming its “unfair and deceptive” marketing practices helped fuel the national opioid crisis. According to the National Institute on Drug Abuse, in 2019 alone nearly 50,000 people in the United States died from overdoses of opioid drugs that included prescription pain relievers.

As Courthouse News Service reported, the Massachusetts case continues a trend of targeting not just drugmakers but also the marketing companies that help them promote their products. Publicis Health, part of Publicis Groupe S.A., the French conglomerate that had $11 billion in revenue last year, is the first marketing agency to face a lawsuit in the opioid crisis.

In the complaint, Massachusetts Attorney General Maura Healey alleges that from 2010 to 2019, Publicis Health partnered with the drug company on dozens of contracts, collecting more than $50 million “in exchange for marketing schemes to get doctors to prescribe Purdue’s opioids to more patients.”

When announcing the suit, Healy said in a statement that “Publicis convinced doctors to prescribe more OxyContin [an addictive, opioid pain reliever that presents a high risk of overdose and death] to more patients as the opioid epidemic was raging. As a result, patients in Massachusetts suffered, overdosed and died while Publicis collected tens of millions of dollars.”

The suit claims that Publicis Health worked with Purdue’s internal marketing team to “humanize” the brand by creating “patient vignettes” — examples of patients with certain clinical conditions — to help doctors spot people for whom they might prescribe OxyContin.

For its part, Publicis Health, which completed its marketing through several subsidiaries in its network, said the “lawsuit is completely without basis.”

In a statement, the agency said: “We proudly support organizations fighting the opioid epidemic in Massachusetts and across the country. All of our work was completely lawful. Publicis Health acted solely as an advertising agency. It was not a drug manufacturer, distributor or consultant. Our role was limited to implementing Purdue’s advertising plan and buying media space. We look forward to a court determining there is absolutely no legal basis that supports this lawsuit.”

The suit against Publicis Health was filed less than two months after Purdue Pharma had submitted its bankruptcy-restructuring plan. As part of that effort to lift Purdue out of Chapter 11, the company’s owners, members of the Sackler family, have agreed to pay a $4.28 billion settlement to resolve lawsuits accusing it of helping cause the opioid epidemic.

A commitment to ethics

Communicators and legal experts following the case wonder whether the suit will start a trend of potential litigation against other marketing and PR firms that work with clients in a variety of industries.

“A ruling against Publicis could set a precedent that should make advertising and public relations agencies more cautious and concerned about [living up to their] advertising ethics and corporate responsibility,” said David Clark, a partner at the Clark Law Office in Lansing, Mich.

For communicators, the suit reinforces the need to commit to ethical responsibilities.

“The Massachusetts AG’s suit should serve as a reminder to agencies — regardless of the industries served — of their legal obligations and ethical commitments,” said Mike McDougall, APR, Fellow PRSA, president of McDougall Communications, a Rochester, N.Y.-based firm that specializes in crisis management and health care communications. “While they do not control client choices, [agency] leaders have the ability to resign the business should [a client’s] actions violate their own company’s principles and the law.”

Richard E. Custin, a lawyer and clinical professor of business law and ethics at the University of San Diego School of Business, said the school teaches its students that ethical duties extend well beyond legal obligations. And that’s because unethical behavior does not necessarily result in civil or criminal liability, he said.

“Did [Publicis Health] have an ethical duty to refrain from promoting a dangerous and addictive drug by ‘humanizing opioids, creating vignettes about typical patients?’” Custin said. “The answer, in my opinion, is ‘yes’. The answer to whether Publicis Groupe is civilly liable for their marketing activities is probably ‘no.’”

In an interview with Courthouse News Service, Amanda Pustilnik, a professor of law at the University of Maryland School of Law and faculty at the Center for Law, Brain & Behavior at Massachusetts General Hospital, noted that “the story of the opioid epidemic is often misrepresented as [one] of irresponsible patients and over-prescribing doctors.”

However, Pustilnik said, in the opioid epidemic cited by the Massachusetts suit, patients and doctors were not, on average, “irresponsible” in their actions that led to opioid overdoses and deaths. Rather, she said, “they acted under the influence of a concerted plan of misinformation and over-promotion orchestrated up and down the supply chain for these medications.”

Dr. Amiso George, APR, Fellow PRSA, professor and former chair of the Strategic Communication Department at Texas Christian University, advised that “public relations and marketing firms creating collateral materials for health-care-related clients know the rules or should know the rules in their niche.”

George, who was PRSA’s Educator of the Year in 2017, pointed out that before health-care-related press releases are sent out, “they are put through internal approval channels with content experts that scrutinize and correct” the texts.

She suggested that PR and marketing firms that work for health-care clients should ask themselves: “Is the promotional information prepared for health-care-related clients accurate? Is it supported by independent and/or valid research? Did the pharma company skirt the truth regarding the accuracy or validity of the information presented to the PR-marketing firm or knowingly present a falsehood as truth?”

A labyrinth of lawsuits

Publicis Health isn’t the first company associated with Purdue to face lawsuits. In February, McKinsey & Company agreed to pay a $573 million settlement over allegations that the consulting firm had advised Purdue on how to target doctors to boost OxyContin sales. On June 1, New York City and 21 New York counties filed a lawsuit against McKinsey & Company. In the suit, the plaintiffs allege that “the worst man-made epidemic in history” was due in part to the company’s “major role in crafting and implementing” deceptive marketing strategies to sell addictive prescription pills.

In early 2020, Practice Fusion paid the government $145 million as part of a settlement in which the electronic-medical-records company admitted to soliciting and receiving kickbacks from Purdue.

According to published reports, opioid overdoses have been linked to the deaths of nearly 500,000 Americans since 2000. In May, the Associated Press reported that state attorneys general, local governments and other entities “have filed thousands of lawsuits over the last five years aimed at making segments of the drug industry pay for the lives lost or derailed by addiction.”

However, as the AP points out, the “sprawling nature of litigation over the addiction epidemic” around the United States could stretch on for decades, similar to the lawsuits that started in the late 1990s over the cancer risk linked to asbestos.

Back in Massachusetts, the 68-page complaint alleges that Publicis Health created a “public nuisance.” It asks a judge to stop Publicis from engaging in deceptive advertising practices and from marketing any controlled substance in Massachusetts, to give up all payments it received from its opioid work, and to pay an unspecified amount of money in restitution and penalties.

The Attorney General’s strategy in the case might be taken at face value, McDougall said, or it “could be designed to pressure Publicis to cooperate on other investigations.” Either way, he said, “the suit and its outcomes should not be ignored by the public relations and marketing communications professions.”