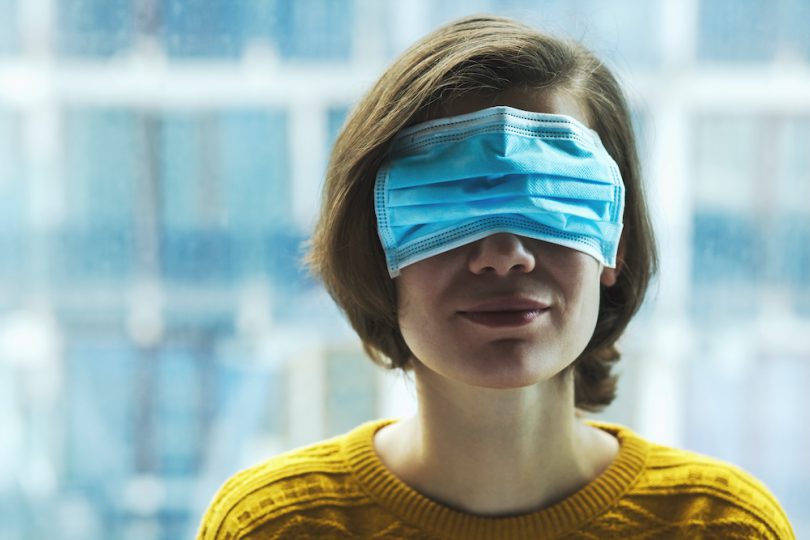 Amid an epidemic of dangerous disinformation, it’s time for communications professionals to shift from defense to offense so we can beat down the falsehoods that often leave lasting mental imprints on people.

Particularly now, as misconceptions, inaccuracies and untruths threaten to prolong the coronavirus pandemic, we need to tap into our profession’s roots in behavioral science and fulfill our profession’s ethical obligation to serve the public good by helping consumers of news and information make better decisions, online and off.

When it comes to being swayed by disinformation, so-called “digital natives” — young people who have grown up in the internet age — may be among the most susceptible. In a September 2020 survey of more than 21,000 people in all 50 states and the District of Columbia — conducted by researchers at Harvard, Rutgers, Northeastern and Northwestern universities — respondents ages 18–24 had an 18 percent likelihood of believing a false claim, compared to just 9 percent of those over the age of 65.

According to an Axios-Ipsos poll conducted in February and March of this year, the share of Americans saying they are “not at all” likely to be vaccinated for COVID-19 remained steady, at around one in five. Their reasons included not trusting the vaccine or the government, wanting more information about side effects, or thinking they don’t need the vaccine because they feel healthy or had already contracted the virus.

Only tiny shares of Americans surveyed — in the low single digits — said they believe false assertions about the vaccine. But between 25 to 50 percent of respondents said they didn’t know whether certain conspiracy theories were true or not, demonstrating the power of disinformation to confuse people.

According to research by the Kaiser Family Foundation, the hesitancy of Americans to receive COVID-19 vaccinations is declining among all age groups, as people see more of their friends and family members getting the vaccine. Such hesitancy among young people might derive from widely reported evidence that they are at low risk for serious illness from the coronavirus.

However, according to some reports, women of childbearing age are particularly concerned about possible long-term side effects of the coronavirus vaccine, such as the discredited claims spread on Facebook, Twitter and other social media that the vaccines might cause miscarriages or infertility. According to The American College of Obstetricians and Gynecologists, there isn’t any evidence that the vaccines can lead to loss of fertility.

Among the most toxic falsehoods — which, for the record, already has been thoroughly rebuked by the medical community — is the idea that vaccinations can lead to infertility. This claim originated on 4chan, the anonymous, anything-goes online forum, and has since been amplified by fringe trolls and conspiracy theorists.

But now, according to data from the Austin, Texas-based AI software company Yonder,  which discovers the hidden groups controlling and spreading online narratives, foreign factions have weaponized this “link” between vaccination and infertility. Among traditional anti-vaccination groups, a new report reveals that just 12 individuals and their organizations, whose goal is undermining public trust in vaccines, are responsible for the bulk of anti-vaccination content shared or posted on Facebook and Twitter.

But whether caused by fear, lack of information, unintentionally false information or fabrications spread deliberately online, hesitancy to receive the coronavirus vaccine has implications beyond public health and safety. It also affects huge segments of our economy that depend on reopening to the public — including higher education, travel, hospitality and entertainment, to name a few.

A long, complex list of behavioral, political, economic, communication and media issues impact the formation and proliferation of disinformation. When information “tastes good,” and is repeated with sufficient frequency, some believe it — regardless of whether it’s even remotely accurate. And in many instances, according to a recent study, people don’t share false information based on politics or pleasure; they do it because they don’t stop to think about what they are reading and sharing.

Though fact-checking and debunking play a crucial role, and studies indicate that factual corrections are an important tool in combating misinformation — particularly during the current pandemic — the effectiveness of these tools may be limited both by the volume of disinformation and the rapidity with which it spreads. Further, data indicates that a degree of immediate indoctrination takes effect once an individual has been exposed to disinformation.

While the Debunking Handbook, the Media Manipulation Casebook and Johns Hopkins Center for Health Security offer research-tested debunking strategies and tools, experts agree that disinformation and supposed conspiracies are difficult to reverse and debunk. The best approach uses a technique called pre-bunking or “attitude inoculation” to help people build resilience to manipulation proactively.

According to Jigsaw, a unit within Google, “Studies conducted during the past 60 years have shown inoculation to be effective across cultures and on a wide range of topics, including the environment, public health, crisis management and animal rights. More recently, academics have demonstrated that inoculation messages can reduce the influence of misinformation and extremist propaganda online.”

Understandably, disinformation may seem entirely disconnected or distant from your organization and its interests, but the pollution of the information environment ultimately undermines trust in all institutions. Putting it another way, without appropriate media literacy and cognitive muscles, consumers of news and information may well toss out your messaging with all the polluted bathwater.

PRSA and its Voice4Everyone initiative provides communicators with strategies, tools, tactics and tips to help PR practitioners alter the landscape and inoculate the population — including young adults — from disinformation.

The Voice4veryone platform includes media literacy programs from Poynter and First Draft and various simulations and games from The Cambridge Social Decision-Making Lab that have proven effective at building immunity to disinformation. Consider a study from Cambridge, which shows that just a single time playing the game “Bad News” reduces the perceived reliability of fake news by an average of 21 percent.

Numerous studies show that a simple pause before sharing information would significantly curtail the spread of inaccuracies and falsehoods, Voices4Everyone provides social media assets to help reinforce this simple yet effective technique.

PR professionals — and all those concerned about the impact of disinformation — must act, amplifying and encouraging mitigation techniques, defending the authority of evidence and ethical communications, and creating a healthier information environment. Now is the time to A-C-T and actively advocate and share media literacy programs, play and share mind-building games to protect yourself and others from disinformation, and promote a simple pause or nudge before sharing content online.