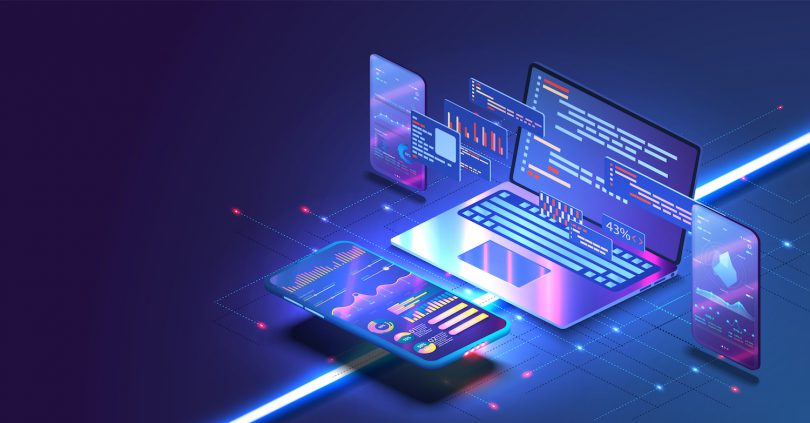 During the pandemic, economic crisis, racial tensions and partisan arguments that have marked 2020, we have started communicating differently.

We even have new words and phrases to reflect these times: We “doomscroll,” poring over bad headlines. We protect meetings from “Zoom-bombings” and give “elbow bumps.” We even write emails with more thought. A tossed-off phrase like “Hope you’re having a great summer” can sound tone-deaf to recipients who may be sick or have lost a loved one, or who may be feeling that their race is under attack.

James Grunig and Todd Hunt’s “excellence theory” has long told us that, in public relations, listening is as important as speaking. Right now, that advice is more crucial than ever as we begin 2021.

We like to think that human beings are rational thinkers. Works like Daniel Kahneman’s “Thinking Fast and Slow” (2011) and Jonathan Haidt’s “The Righteous Mind” (2012) show that they — and our target audiences — are not.

Kahneman describes shortcuts we take in our thinking and how these automatic processes are replete with errors. Meanwhile, in describing our decision-making processes, Haidt compares them to an elephant and a rider.

The elephant is our intuition; the rider is our rational thinking processes. Ruled by intuition and heavily influenced by emotions, the elephant generally goes where it wants to. Rather than telling the elephant where to go, that rational rider most often simply explains the elephant’s moves.

Think of it this way: We come upon a triggering event. Let’s say it’s a statement about a politician. Our emotions are triggered; we feel comfort or anger, and that feeling leads to judgment. Only after judgment do we generally use rational thinking to explain our reactions. Rationalization seldom changes our decisions or feeds our intuition.

Because we operate this way, Haidt says, “If you want to change people’s minds, you’ve got to talk to their elephants.”

Today, if you want to talk to people’s elephants, then you better consider that they’re under stress.

Our brains on stress

Health, economic, racial and political tensions lead to stress and can impact the ability to think. In fact, according to Dr. Vincent Covello of the Center for Risk Communication, stress can decrease people’s ability to process information by up to 80 percent.

In short, their elephants will be under duress and, until you calm those elephants, they will not be able to hear what you have to say.

Add to this the fact that social media has made audiences more cynical, and in this unprecedented time, we need new rules for communication. Here are a few:

Social media channels, where posters strive to look better than real life, have honed skepticism among users. Audiences, craving authenticity, are calling out brands when they smell hypocrisy.

Take L’Oréal, for example. The company posted, “Speaking out is worth it. L’Oréal Paris stands in solidarity with the Black community, and against injustice of any kind. We are making a commitment to the @naacp to support progress in the fight for justice. #BlackLivesMatter.”

This post sparked outrage as trans model Munroe Bergdorf took to the internet, accusing the company of gaslighting.

“You dropped me from a campaign in 2017 and threw me to the wolves for speaking out about racism and white supremacy,” wrote Bergdorf. “With no duty of care, without a second thought. I had to fend for myself being torn apart by the world’s press because YOU didn’t want to talk about racism.”

• Listen, listen and listen some more.

You can’t address your audiences’ elephants unless you know what they’re doing.

We need to ask questions and learn what people care about, what they want, and where they are hurting.

A public affairs officer for the Army did not heed this advice and took a tone-deaf approach in posting about COVID-19, using emojis when referencing death and a racial slur that joked about eating bats (in reference to a disproven theory for how the virus started). Sen. Tammy Duckworth and others spoke out, and the Army apologized and fired the officer.

Things that have been said over and over no longer garner the public’s trust. For instance, when school shootings first started, “thoughts and prayers” were well received. Now, a cynical public demands more. It wants to see action.

The same thing happened at the start of the pandemic. Organizations garnered a lot of likes for celebrating frontline “heroes.” Now, those heroes are speaking out, letting people know that they, too, need action — protective equipment and funding.

We must find new ways of speaking, ones that are backed by action.

To do this work, we must take a sharp look at ourselves. None of us and none of our organizations are perfect. All have blind spots, whether about Black Lives Matter, the Me Too movement, disability rights or any other issue. We need to educate ourselves and ask for feedback internally and externally.

I know of one organization that tries to end meetings with questions like “How are we doing?” and “Is there anything that we should discuss that was left unsaid?” Having negative issues come out this way is far better than having employees leave because of them, or worse, having the issues make headlines, as happened recently with Ubisoft and Washington’s NFL team.

Furthermore, we have to thank people who call weak points to our attention. They are doing us a service, even as they tell us things we don’t want to hear. We might not be able to do precisely what the person requested, but we can learn and make our companies and ourselves better because of feedback.

• Be in it together.

One fashion publicist pushed too hard at the start of the pandemic and found herself with unwanted publicity in The New York Times.

“Forget everything you’ve heard about latex” was the subject line of her March 19 pitch to journalists. This might have worked well if she were selling gloves. She wasn’t. She was selling latex underwear calling it an “inescapable fashion sensation.”

Times author Brooke Barnes wrote that he at first saw the email as “offensively extraterrestrial. What planet was this person living on?” Then, some compassion kicked in as realized that she was just doing her job.

Many people in your audience will not stop to have that compassionate second thought. After all, a 2011 Nielson survey found that “trying to sell me something” was the third leading cause of unfriending on Facebook.

Instead of asking for something from your audience, now is the time to consider their needs and what you have to offer, and how you can enhance their lives.

• Offer something of real value.

We have to think about the value we provide, whether it’s in the products we sell or the communication we share.

During the pandemic, for instance, Melissa & Doug provided desperate parents with a Stuck at Home guide; Razer empowered oft-shamed gamers with its Stay Home and Game On messaging and donations; State Farm gave consumers money back; and Martha Brook offered small ways to support small businesses and practice self-care.

Nike has traditionally offered value with its aspirational call for us to be better as we “Just Do It.” This summer, the company changed that up with a “Just Don’t Do It” ad, calling us to be better in terms of racism. It received some pushback because of a history of questionable labor practices. However, these ads largely performed well and were made more authentic by Nike’s earlier risky (albeit profitable) move to support Colin Kaepernick.

Studies have shown anger to be the most viral emotion, but anger destroys and divides. Anger causes much of the stress that currently ripples through our society, agitating elephants and closing down communication.

Awe is the second most viral emotion. It opens people up and helps them listen. We often find awe when we see people and organizations working to be better and to better our country and planet.

This is the space in which we need to operate if we are to help people and their elephants, and enable them to hear and act on our messages.

We need to be authentic, listen, speak a new language, let go of ego, be in it together, offer something of real value and be better. We need to be awesome.

Michelle Marasch Ouellette, APR, is an associate professor of public relations at the State University of New York College at Plattsburgh.