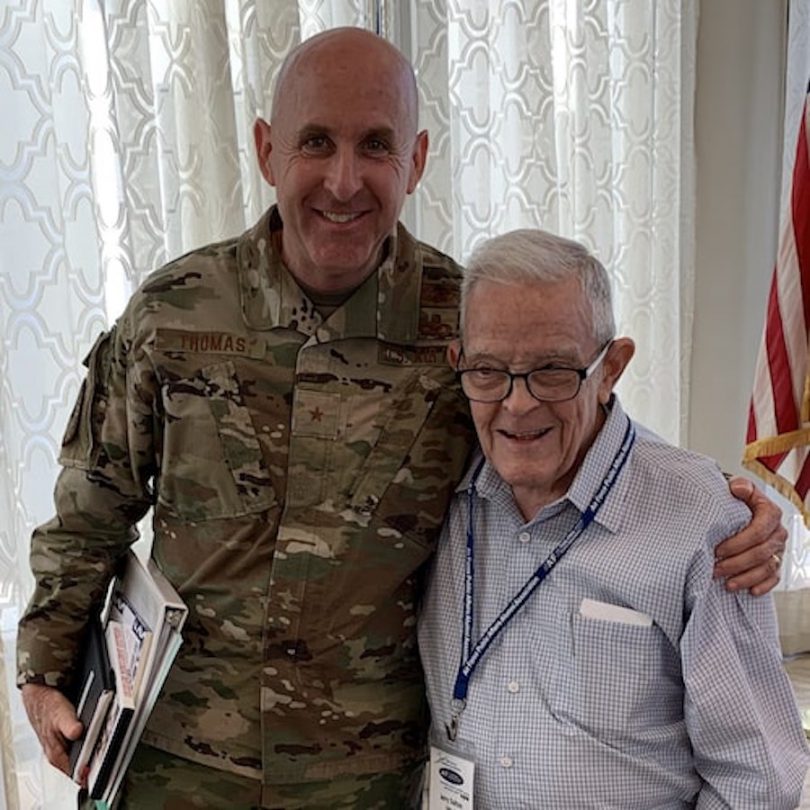 Dalton was a longtime PRSA volunteer and leader, serving as national president in 1990. In 2007, PRSA presented Dalton with its highest individual honor — the Gold Anvil Award.

His peers have referred to him as “a true pioneer in public relations.”

“Jerry’s accomplishments over the years have impacted thousands of public relations professionals and students in the government, military and private sectors,” said 2007 Board Chair and CEO Rhoda Weiss, APR, Fellow PRSA.

Dalton retired in 1980 after a 30-year career as a combat-decorated Air Force veteran. He spent his last five years in uniform as director of public affairs, reporting to the chief of staff and secretary of the Air Force.

He subsequently retired again after 15 years in executive-level corporate communication assignments for Electronic Data Systems, The LTV Corporation and Vought Aircraft. He spent three years as an independent consultant.

Dalton became a PRSA member in 1976, and always made to serve through myriad volunteer initiatives. Since 1983, he was a member of The Champions for PRSSA, an organization of current or retired professionals seeking to better students’ education in public relations by supporting, financially and otherwise, scholarships and awards programs for PR students.

“It’s very important for people in any profession to give back to the profession,” Dalton said in 2007 when asked what advice he offers young people who are just beginning their careers. “One way you can do that is through organizations like PRSA and PRSSA. It should be more than a monetary commitment. It means getting and staying involved as a volunteer to advance the profession and the professional.” 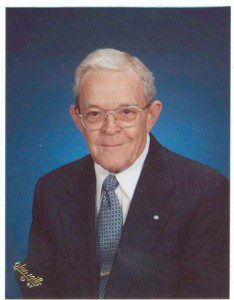 When his term as president ended in 1990, he took the helm as founding president of the PRSA Foundation, the philanthropic arm of the Society committed to the development of programs to advance PR research, education and scholarships, and to encourage contributions from those who stand to benefit from the advancement of the profession.

Dalton subsequently co-chaired the national PRSA Education Affairs Committee; chaired the Technology Task Force; and served as a member of the Commission for Public Relations Education, the President’s Advisory Committee and the Conference Planning Committee.

Dalton was born in 1927 and grew up in San Antonio, Texas. He later graduated from the University of Texas in 1949 with a bachelor of business administration degree in advertising. Shortly thereafter, he was commissioned as a second lieutenant in the Air Force. He volunteered for active duty at the beginning of the Korean conflict.

His first job in uniform was assistant public information officer at March Air Force Base in California. It would not be his last. During the Vietnam War, he regularly flew combat and combat support missions as an aerial photographer, earning the Air Medal, a Bronze Star, the Legion of Merit and the Distinguished Service Medal.

For three decades, Dalton carved out a unique niche for public information officers in the military — creating a long-lasting legacy.

In 1975, Dalton became the Air Force’s top public information professional, a position usually reserved for general officers before moving to higher rank. He was the first officer whose entire career was in public information and public affairs to win a star as a brigadier general.

Dalton described the five years under the military reorganization of President Jimmy Carter as “without question, the most challenging and interesting assignment I had.”

He also was a charter member of the Air Force Public Affairs Alumni Association, a nonprofit organization for past and present enlisted personnel, officers and civilians who have served or are serving in Air Force public information roles. The organization, with more than 600 members, preserves professionalism in the military public affairs fields by giving awards citing best practices in Air Force public affairs programs.

Arrangements and further details will be posted here as soon as they become available.