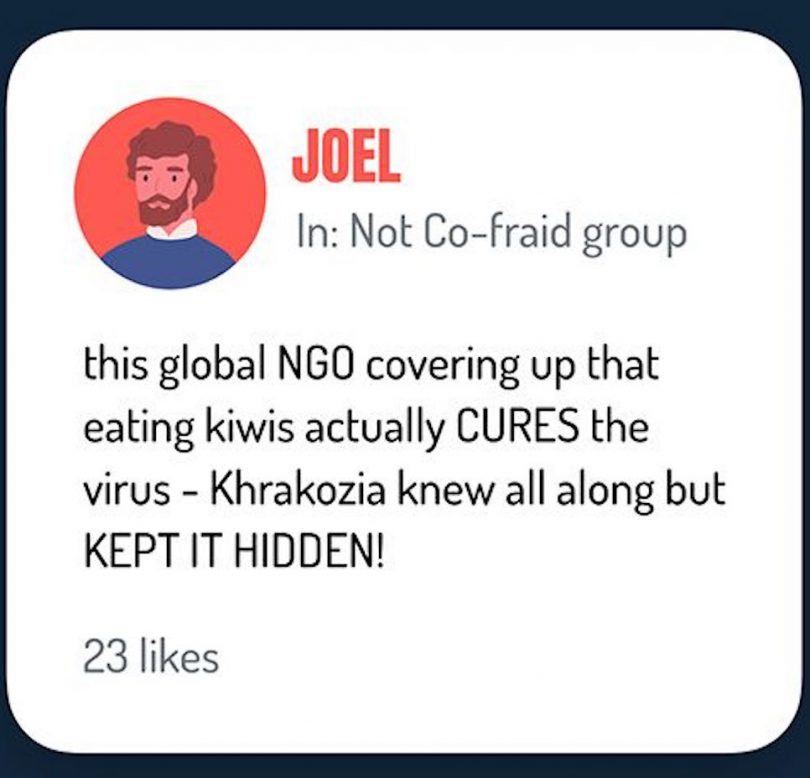 On Oct. 26-29, PRSA will host its annual International Conference — which will be held virtually for the first time and is themed “Strategic Communications: Navigating a World Disrupted.” Dr. Sander van der Linden, who is an associate professor of social psychology in society and the director of the Cambridge Social Decision-Making Lab in the Dept. of Pyschology at The University of Cambridge, will participate in an Oct. 28 General Session panel discussion on misinformation. Led by keynote speaker Nina Jankowicz, the panel will also include Marianna Spring, specialist disinformation and social media reporter for the BBC, and Neil Brown, president of the Poynter Institute. For more information on this session, visit the PRSA ICON 2020 website.

Go Viral! is a new online game that introduces players to the basics of online manipulation and aims to stop misinformation from circulating on social media in the era of COVID-19.

The University of Cambridge’s Social Decision-Making Lab developed the game in collaboration with media agency DROG and the U.K. Cabinet Office. They based Go Viral! on a previous iteration they launched in 2018 called Bad News. According to Cambridge research, just one play of Bad News reduced the perceived reliability of fake news by an average of 21 percent compared with a control group.

Dr. Sander van der Linden, who leads the project and the Social Decision-Making Lab at Cambridge, says that fake news and misinformation have a higher pass-along rate on social media than factual stories.

He tells PRsay that this manipulative copy will include novel or surprising claims, such as promises of a “new cure,” emotionally and politically charged messaging highlighting conspiracy theories, and content that links to other interests and affiliations that people may have.

“In contrast, factual messages tend to not spread as far and wide because they tend to have a singular focus: science and evidence,” van der Linden says. “In the game, people learn to resist the manipulation techniques that are used to spread misinformation.”

With Go Viral!, participants take the perspective of the person generating the falsehoods and receive an introduction to disingenuous news-spreading techniques, such as quoting fake experts and mining conspiracies for social media likes.

“I like to use a magic analogy to explain the rationale behind momentarily stepping into the shoes of a media manipulator,” van der Linden says. “The first time you see an impressive magic trick, you may be duped by it. Now, I can either offer you a factual blueprint of how the trick works on a mechanistic level — akin to fact-checking — or I can help you figure out the trick for yourself. Chances are, you won’t be duped again once you’ve uncovered the tricks of the trade.”

The game, which takes between five and seven minutes to play, features a nonacademic approach — complete with lively GIFs — to the subject matter.

“We wanted to provide a fun and entertaining way to allow people from all walks of life to learn about this topic, no matter your age, gender, background or education,” he says. “Science can elicit a bit of a yawn factor sometimes, so if we’re going to convey some important lessons, the last thing we wanted to do is make people feel like they have to sit through a boring lecture!”

Moving forward, the researchers hope that Go Viral! — which is available in several languages — will empower people with the tools they need to discern fact from fiction.

“Familiarizing yourself with these techniques can help people spot, identify, and resist them in the future,” he says.