It’s an unexpectedly busy morning for Laurie Garrett, a Pulitzer Prize-winning science writer and author. At the time of this scheduled interview with PRsay on Oct. 2, news was breaking that President Donald Trump and First Lady Melania Trump had tested positive for COVID-19.

“I have eight interviews booked,” said the New York-based Garrett, who has long been in demand as a source for other writers and reporters. A journalist herself, she is the only writer to have received the profession’s “Three P’s”: The Peabody Award for excellence in broadcast and digital media, the George Polk Award to honor achievement in journalism (which she has received twice) and the Pulitzer Prize.

Garrett is author of the books “The Coming Plague: Newly Emerging Diseases in a World Out of Balance,” “Betrayal of Trust: The Collapse of Global Public Health” and “I Heard the Sirens Scream: How Americans Responded to the 9/11 and Anthrax Attacks.” 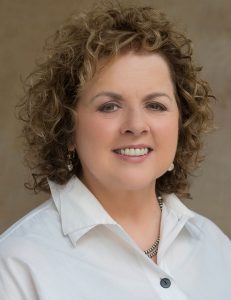 In her Oct. 29 virtual keynote speech during PRSA’s annual conference — “Strategic Communications: Navigating a World Disrupted” — Garrett will discuss what the science community knows about COVID-19 and how PR professionals can communicate factual information in a chaotic media environment.

Do you see any certainty about COVID-19’s future?

We’re going to have a continued global threat of COVID-19 for at least another two years. I said back in February that it would be a minimum 36 months of a hard-fought battle with the virus. I now think that was overly optimistic.

We won’t have a vaccine available to the world until at least 2023, possibly 2024, at the current pace of development. Unfortunately, most governments are [adopting] nationalistic positions about vaccines and treatment. So, they will get their own industries to come up with something that can be used in their country but not anywhere else. And that defeats all attempts to conquer this virus because the virus doesn’t know that it has crossed the border between Germany and France or between China and Vietnam.

Using a nationalistic approach to conquering this disease will inevitably fail. You may get the viral reach for a country way down, to a Finland or New Zealand level, and feel comfortable that you can [reopen] restaurants and movie theaters, but the virus will always lurk on the other side of your borders. And, to the degree that you open up to tourists or business travelers, you may see the virus coming back again and again.

How do you see this pandemic ending?

We may have a [vaccine] that comes out of the pipeline, appears safe and garners approval from an agency like the FDA sometime in the middle of 2021. There may also be sufficient quantity of it manufactured to be put into widespread use in key parts of the United States by the summer of 2021. In certain parts of the United States, people can then return to certain kinds of activities, such as going to the movies, that otherwise are too dangerous now.

But having said all that, there are a lot of caveats. The front-running vaccines so far are not showing a level of efficacy in the 85-95 percentiles, which is what we need if we’re going to stop the virus. Most of them may require a booster.

What are some of the challenges of a two-shot system for the vaccine, and what role will communication play in that process?

We don’t have a good infrastructure for mass immunization of adults. Who’s had their first shot? Who needs to come back for their booster? And we don’t really have a good way of doing that for adults. We’re very good at it for children because of their pediatric schedules.

How does this pandemic messaging compare to that of health crises in more recent years?

The majority of the American people knew what was going on with H1N1 flu in 2009 when it erupted in New York and Mexico, and they knew when there was a vaccine [and] whether or not to take it and so on. During the Ebola [outbreak] in 2014, we had a centralized repository of information [from] the CDC. America got a clear message that Ebola is a terrible virus but, no, it’s not going to come sweeping over America. [But in recent years,] we have seen a striking increase in anti-vaccine conspiracy stuff all over the world.

What else can attendees expect to hear from your talk during ICON 2020?

Other than trying to lay out what we know about the science of this crisis and what the key points are to message, I’m not going to be sure about what I’m saying until probably a couple of days before the speech because of the pace at which things are developing and changing.

John Elsasser is PRSA’s director of publications. He joined PRSA in 1994.