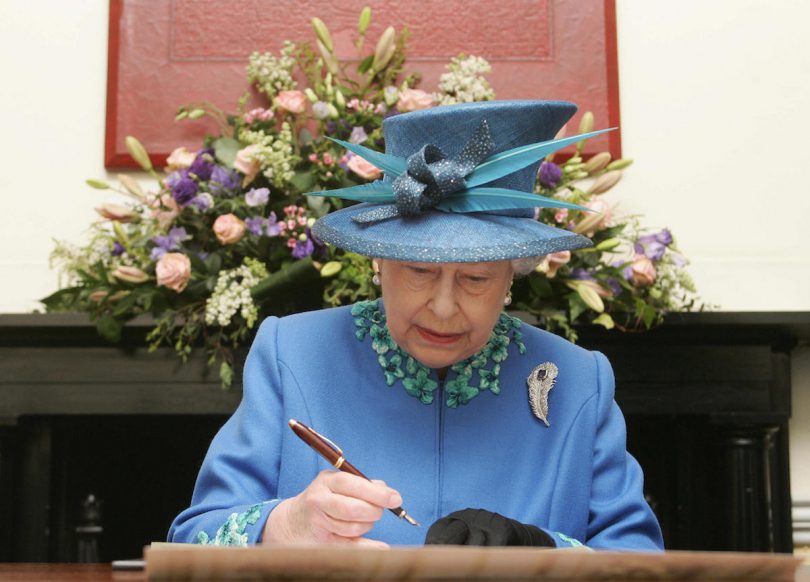 In 2020, the Royal Family has dominated conversations from London to Los Angeles.

The news about Prince Harry and Meghan Markle’s royal “Megxit” was everywhere, and broke in most major news outlets on the same day. That timing shouldn’t be a surprise, because Queen Elizabeth II used an embargo to announce the royal news and control the timing of the announcement.

An embargoed story is sent to trusted journalists prior to the release, and includes a specific day and time when the embargo will be lifted and the story can become public. By placing an embargo on a story, a PR team or organization can get journalists information in advance, an arrangement that benefits both parties.

Extra notice for journalists provides more time to gather sources and accurately report on complex issues. For your PR team, the embargo allows for maximum coverage and simultaneous releases.

For veteran communicators, it can seem that embargoes have been around the profession almost as long as the monarchy. But strategic use of embargoes is just as relevant as ever, and an important asset to any PR team. If you use this tool wisely, then it can earn increased exposure for your brand.

While we may not be releasing breaking news from the palace, our team at MediaSource strategically employs embargoes as a PR tool. When used properly, an embargo can help your brand’s story reach the widest audience possible.

Here are four tips that will help you use embargoes to your advantage:

While an embargo is a must-have tool that is often used by the medical and research community to release published studies and new discoveries, adding one won’t make a substandard story newsworthy. For your team, an embargo should be just one instrument in your PR toolbox.

Rather than thinking of it as a catch-all to add buzz to a lacking story, it should be strategically implemented like the rest of your approach and used when you have actual news to release to a wide audience.

Like many of your PR tools, you’ll want to practice some restraint with how often you consider embargoes.

For instance, regularly embargoing your content will quickly annoy the journalists you work with, and you certainly don’t want to do anything to damage those relationships. Over-using them will also lessen their impact, and you want to be sure that your embargoed content feels special or exclusive.

When releasing embargoed content, it’s crucial to strike a good balance between providing a journalist with time to act while without giving too much notice. An embargo that journalists receive just a few hours in advance of the release time typically will not give them enough time to act.

A few days or a week of advanced warning may be the sweet spot to giving journalists enough space to write a better and more informed story without rushing, while also not providing too much time so that your story is forgotten or accidentally published before the embargo lifts.

Even some journalists agree that an embargoed release can help them do their jobs better. Just ask Reed Pence, host and producer of the award-winning national radio magazine Radio Health Journal.

“An embargo can be very helpful if I get the release early and have the opportunity to do interviews well in advance of the embargo date,” he said. “Being able to anticipate a story helps put me on equal footing with media that have much quicker turnaround times and allows me to be more current.”

It may seem self-explanatory, but your team should never embargo something that’s already available online or elsewhere.

Embargoes should almost always be applied all across the board.

Letting one outlet publish a story before an embargo lifts can damage relationships and signal unfair treatment to journalists you should be working to build strong partnerships with. If some outlets are willing to wait until the embargo drops,  then other outlets should almost always be required to do the same.

Even if you’re trying to capitalize on a high-tier outlet, breaking your own embargo isn’t worth jeopardizing your relationships with others. You don’t want to play favorites.

Don’t forget: If you are pitching an embargoed story you need to be responsive and have experts available in advance when the media inquiries start pouring in.