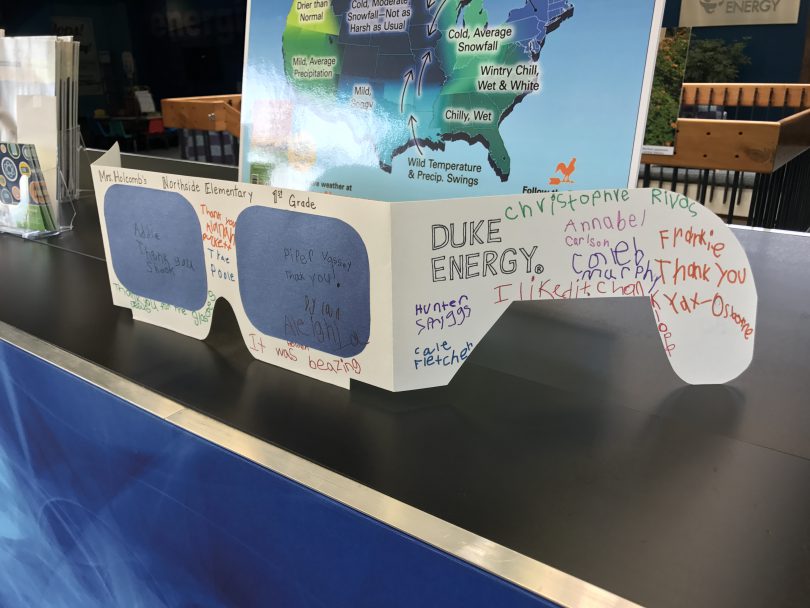 For Duke Energy, the 2017 solar eclipse posed a special opportunity for the electric power holding company headquartered in the Carolinas.

The exact center of the eclipse’s path of totality was set to land at the company’s World of Energy facility at Oconee Nuclear Station, a 14,000-square-foot science education hub in Seneca, S.C., and the oldest operational nuclear visitor site in the world.

Sensing an ideal moment to leverage both their education center and name (solar power is a major component of their company), Duke Energy decided to temporarily convert the World of Energy into an eclipse headquarters — turning it into a place where visitors could learn about the science behind the eclipse as well as watch the event.

However, in the months leading up to the eclipse, Duke Energy learned that the public’s awareness of it was limited. Duke Energy may have already had the brand recognition, the luck of the eclipse’s path and the well-known education center on their side, yet none of that would matter unless people knew the event was even happening.

The communications work that ensued made Duke Energy’s World of Energy center a Silver Anvil finalist in 2018.

In anticipation of the Friday entry deadline for the 2019 Silver Anvil Awards, we talked with Chris Rimel, who was Duke Energy’s manager of the South Carolina nuclear communications team during the campaign, about winning an Anvil, collaborating with science experts, and the logistics behind preparing the World of Energy for the big day (hint: it involved fire ants).

What inspired your team to submit a campaign for the Silver Anvils?

We are PRSA members and it just came to us that this event, with all the communications and PR work over a year’s time, would be at least worthy for competing for a Silver Anvil. The contest inherent in the Silver Anvil is inspiring.

What was it like for the communications team to collaborate with Duke Energy’s science experts on this campaign?

The collaboration with the Duke Energy experts came early, given solar is a big part of our energy portfolio. Not to mention that the solar eclipse was on a traditional hot August day in the Carolinas when we need the power, and a total eclipse cuts solar off in the middle of the day. Those stories hit the technical journals early, and as the eclipse grew closer, major media outlets began to ask that question. We had to have our answers ready.

What key challenges did you anticipate leading up the eclipse?

My biggest fear is that we would not be the first mover in this campaign; we were, though, and that set a path that limited extreme challenges. Also, we had to work with some hardcore eclipse experts — mostly university professors — to scrub the super-technical details of their presentations so that they’d relate to a general audience. Happily, they understood and welcomed our help.

Why do you think your campaign connected with the Silver Anvil judges?

Aside from putting a PR stake in the ground more than a year before the event, I think the judges admired the logistics work. In fact, we had to become event planners for the eclipse day. We had the eight-acre lawn area sprayed for fire ants a week before the event.

Also, we shot a video in August 2016 — a year before the eclipse — to make it look like the 2017 eclipse would be largely cloudless, and we displayed a limited-edition Braille map of the eclipse.

Those little nuggets caught the attention of the judges.

What did winning a Silver Anvil mean for your company?

It was impressive for us, given our in-house communications team competed against big PR agencies.

After explaining its worth to our more technically-minded electric utility colleagues, I think there was a good understanding that this was a big win for the company. There was evident pride among the communications team members.

What advice do you have for Silver Anvil entrants looking to submit their campaigns?

Watch the “how-to” videos on the PRSA website from prior winners, and read the case studies. Find your niche and tell your story.