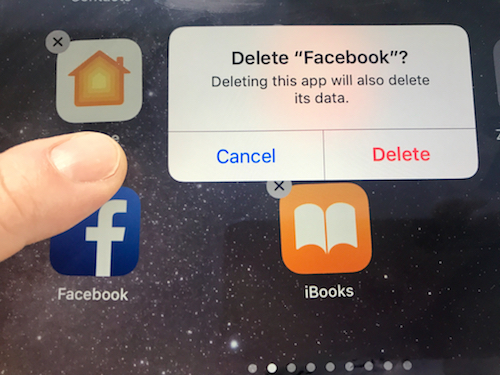 When word got out in mid-March that Facebook exposed raw data on up to 87 million accounts to political consulting firm Cambridge Analytica, many people voiced their discontent.

The hashtag #DeleteFacebook started trending. Publications such as Fortune, CNBC and ZDNet wrote up comprehensive guides on how users could deactivate or cancel their accounts. Even Apple’s Tim Cook weighed in, saying he had no advice for Facebook CEO Mark Zuckerberg because he “wouldn’t be in that situation.”

However, after a Congressional testimony where Zuckerberg reminded users they relinquish control of their data upon making a profile (“I would imagine probably most people do not read the whole [user agreement], but everyone has the opportunity to and consents to it,” he said.) , the #DeleteFacebook campaign only gained minimum traction in the United States.

When asked about the movement during his hearing, Zuckerberg said he hasn’t seen a “meaningful number of people” deleting their accounts. And though a new survey from the app Blind found that up to 31 percent of tech workers are planning to delete Facebook, CNET points out that “there’s a big difference between saying you’re going to delete Facebook and actually deleting Facebook.”

CNET’s comment is key, especially when it comes to millennials like myself. I may fear for the sanctity of my private data. I may be upset by Facebook’s lack of ethics. However, deleting my account is a permanent decision that would undoubtedly affect almost every aspect of my relationship with the internet, destroying years of both professional and personal image cultivation and placing in me in the uncomfortable situation of having to write my friends’ birthdays on an actual calendar. Yuck.

In all seriousness, though, here’s why I think other millennials won’t actually follow through with deleting Facebook, even though it may seem like the most safe and moral thing to do:

When you create a Spotify account, the service asks you an important question: Would you rather go through with the rigmarole of concocting a new password, figuring out which email address to use and inputting your entire date of birth to make an account, or simply just “sign up with Facebook?”

My choice was the latter. I was already logged into Facebook on my laptop when I made a free Spotify account back in 2011, so all I had to do was click that blue, rectangular button at the top of the page and within minutes I was blasting the third Velvet Underground album in my dorm room. I had managed to circumvent all the annoying steps standing between me and my music. It was a cool moment.

Going forward, the ability to “sign up with Facebook” every time I downloaded a new app or digital service meant more than saving time and energy. It meant centralization. It meant connectivity. If I ever wanted to share a photo I found on Instagram or a concert ticket I purchased on Ticketmaster, then I didn’t have to copy and paste any links. Because I had my account linked to these apps, all I had to do was click “share to Facebook.”

However, for some services, Facebook’s function extends beyond easier log-ins and simple information sharing — it informs the entire app experience. For instance, what Tinder users see before deciding to swipe right or left on a person often comes directly from Facebook data such as who one’s friends are and what pages they’ve liked. Therefore, a rash decision to leave Facebook could also mean the accidental expunction of a person’s Tinder matches and messages.

As Wired reporter Louise Matsakis writes, “Many people on Tinder choose to sign in with their pre-existing Facebook profile because it’s simply easier to transfer photos to the dating app and find out whether they have mutual friends with a potential match. That convenience has caused many people to think twice before hitting the final delete button on Facebook.”

Facebook factors into the daily lives of many millennials. A Pew Research Center study from earlier this year revealed that a whopping 81 percent of individuals between ages 18 and 29 use Facebook. And in a recent survey of smartphone users, 73 percent of people in that same demographic reported they communicate with Facebook Messenger, with only 30 percent claiming to use WhatsApp.

But Facebook use isn’t just about chatting and scrolling through news feeds — a 2017 poll from LendEDU found that 40 percent of millennials rely on Facebook as their primary news source, compared with 16 percent who get their news from Twitter and 4 percent who use Instagram.

These statistics prove that Facebook does serve some key daily functions, like facilitating communication with friends and helping one staying up-to-date with that’s going on in the world. However, its role is more abstract than that for millennials. Facebook doesn’t just help people carry out activities — it’s an activity in itself.

In a 2015 article on social media habits, the American Press Institute asked a 19-year-old for his opinion on Facebook. He responded, “‘I don’t like to go on Facebook anymore, but, I mean, I still do it.'”

While this may seem like a less-than-rousing endorsement, it gets to the heart of why millennials can’t leave Facebook: It’s part of their routine.

Recent studies show a paradox in the millennial perspective on digital privacy.

According to a Gallup poll, only 4 percent of millennials feel they can trust social networking websites to safeguard their personal data. However, the American Press Institute found that only two in 10 millennials say they “worry a good deal or all of the time about their information being available online.” Moreover, 34 percent of respondents in this survey say they don’t worry about their privacy at all.

Gallup writers John Fleming and Amy Adkins posit two possible reasons for this paradox. The first theory is that by growing up in a world populated by smartphones and the internet, millennials understand the fragility of digital privacy better than older generations. They write, “Millennials have never really known a world without technology and data, and they might see data breaches and misuse as unfortunate, but normal.”

The second theory suggests that millennials may not trust tech companies, but they do trust the tech itself. “To its adherents, millennials should have higher expectations for the security of their personal information than do other generations because they understand how technology works,” Fleming and Adkins say. “They are fully aware of the inherent risks but believe technology will keep their personal information safe.”

While my personal motives and beliefs connect more with Fleming and Adkins’ first theory, their second one is eye-opening too, especially when considered in reference to Facebook’s Cambridge Analytica scandal. If millennials possess the ability to see Zuckerberg’s corruption and the platform he created as two separate entities, then it may take more than a data-mining scandal to get them to abandon Facebook.

In a world where our digital identities are so frequently reflected back to us — whether in the form of recommended Amazon products based on purchase histories or targeted ads on websites culled from browser searches — millennials know that by simply logging onto the internet, we’re risking our privacy.