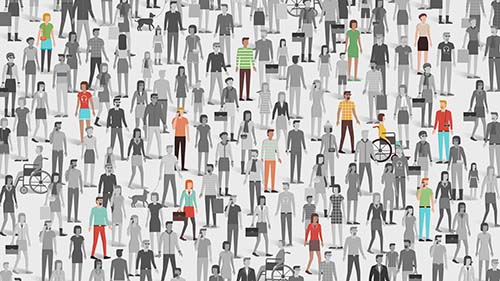 Diversity has become a topic that everyone seems to want to talk about.

Now, in the second decade of the new millennium, the business case for practicing diversity and inclusion has been made a priority, as concern for race, age and gender expands to include diversity of culture, thought and lifestyle. This evolution has shown that the language of diversity is fluid and somewhat uncertain, and yet it contains fundamentals for the future.

While the importance of diversity has increased in recent decades, progress in the corporate world has been slower. “Diversity” has become a buzzword. The way we communicate the idea often makes diversity a novelty that we like to mention, rather than spending time determining how it should play out in organizations and in the world around us.

As the work of diversity and inclusion grows in demand, the PR profession has an opportunity to lead the language so that other industries can talk about this function with greater cultural competency. Here are a few simple ways to reframe how we talk about diversity:

When we hear the word “diversity,” we tend to think that it means race, specifically people who are not Caucasian. Instead, we must define diversity as the measure or variation of social and cultural identities among people who exist together in a particular setting.

To go beyond the buzzword and arrive at authentic cross-cultural experiences, people of all races, ethnicities, ages, religions and backgrounds need to participate in building organizational cultures. On the other hand, relying solely on non-white employees to lead diversity efforts — or devaluing the realities of their societal experiences — allows us to sidestep persistent inequalities and to overlook opportunities to enhance our cultural competencies.

Individuals add diversity to groups and should not be labeled as “diverse” for the sake of representation. One could argue that a statement such as “We need more diverse candidates” is a matter of semantics, but it obscures our understanding of diversity. Using the term this way depersonalizes people as “other” in an attempt to meet a socially acceptable goal, without naming the specific kind of person needed for the goal to be met. If one person fits the distinction, does that make the group diverse? Or if a group only has Latinas, for instance, is it diverse? It’s easy to measure diversity by headcount, but inclusion means understanding people’s narratives along with their numbers.

Using “diversity” as a catchall reinforces wrong meaning. Specifically naming the groups we’re talking about — based on characteristics such as LGBTQ, age, race or nationality — sets a tone for belonging, and prevents diversity from erasing the distinctions that make it necessary in the first place.

“Minority” has long been the default descriptor for people of color. But with the United States poised to become a minority-majority country by the year 2040, the shift will reshape the language of our industry and perhaps create a stronger filter for senior leaders and decision-makers responsible for navigating organizational cultures.

Some believe that adding cultural differences creates a competitive advantage. Instead of seeing the focus on differences as divisive, we can leverage commonalities to spark future initiatives.

Treated as a buzzword, diversity becomes so diluted that it can be a code for anything we want it to represent. Even well-intended diversity efforts leave us without an understandable language. Changing the words and phrases we use to describe one another reflects progress toward a world in which everyone feels respected and included.

Some see diversity as a convenient solution to new racial and ethnic challenges, which becomes synonymous with a profit imperative. Appealing to diversity can unite people across differences that divide us and affirm a shared, self-reinforcing commitment to one another.

The PR/communications profession influences all areas of business and how language and perception are reshaped. When we grapple with how to discuss diversity and inclusion efforts, and look at how public perceptions will change, our profession can help lessen the misunderstandings and miscommunications that occur in the global workforce by listening actively, choosing words carefully and showing respect for others.

Aerial Ellis serves as secretary for PRSA’s national Diversity and Inclusion Committee and is director-at-large for the Nashville Chapter. She is a consultant specializing in diversity and strategic planning and a faculty adviser for Lipscomb University’s PRSSA Chapter.