According to presenter Marco Herrera, president, Grupo Public, Mexico, we need to understand the culture, the media climate, and the practice of public relations in his country. Herrara proposed fostering learning opportunities between the U.S. and Mexico, understanding the cultural differences and fostering a better understanding of how social media networks can be leveraged.

(Workshop held at the PRSA 2009 International Conference (Nov. 8, 2009) – Hosted by the International Section and the Global Alliance for PR)

The U.S./Mexican border has one of the highest number of crossings of any land border in the world, yet can we find common ground on the issues this common border brings? I attended the “Mexico & U.S. Public Relations Realities, Pitfalls & Opportunities,” by invitation of Dr. Dean Kruckeberg, APR, Fellow PRSA, professor, University of North Carolina, director of the Center for Global Relations, and incoming International Section chair. From immigration to drug trafficking to security concerns, this workshop provided an historical snapshot of the critical issues we face.

“You should be interested because your boss and your boss’s boss is interested in what is happening around the world. International events impact all organizations, and in today’s global economy, everyone is affected,” said Paluszek.

Paluszek also spoke of the Global Alliance that has been in existence for eight years and now in 65 countries, raising the standards of practice and advocating for the profession. The 2010 World Public Relations Forum will be held June 14-15, 2010, in Stockholm, Sweden. 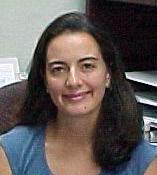 Megali Muria, research associate, University of California, San Diego, explained the history of US/Mexico relations in the context of an Absolut vodka ad. The ad redrew the U.S./Mexican border prior to the 1847 war, expanding Mexico into the United States. The ad elicited outrage in the United States but a detached response from Mexico.

“The ad and the subsequent reaction reveals the love/hate, the admire/despise nature of the relationship. The fact remains we need each other and this need is imposed by geography,” said Muria.

The “Cowboy Summit” between then President Bush and Mexican President Fox produced agreement on many issues.  Even in the media, the term “illegal aliens” was replaced by “undocumented workers.”  Then 9/11 came a few days later. From that point forward all U.S. policy toward Mexico has been viewed in terms of security.

According to presenter Marco Herrera, president, Grupo Public, Mexico, we need to understand the culture, the media climate, and the practice of public relations in his country. Herrara proposed fostering learning opportunities between the U.S. and Mexico, understanding the cultural differences and fostering a better understanding of how social media networks can be leveraged.

I came away with somber thoughts and a concern — how can we in the United States help our Mexican public relations colleagues within the context of these complex issues? PRSA would do well to continue to address this issue at future Conferences, especially through the International Section.

By Lea-Ann Germinder, APR, Fellow PRSA, president, Germinder & Associates is a member of the PRSA New York chapter, past-president of the PRSA Greater Kansas City chapter, and a member of several PRSA sections including the International Section.

For coverage of the PRSA 2009 International Conference: Delivering Value, visit our Conference blog or follow the conversation on Twitter at hashtag #prsa09.