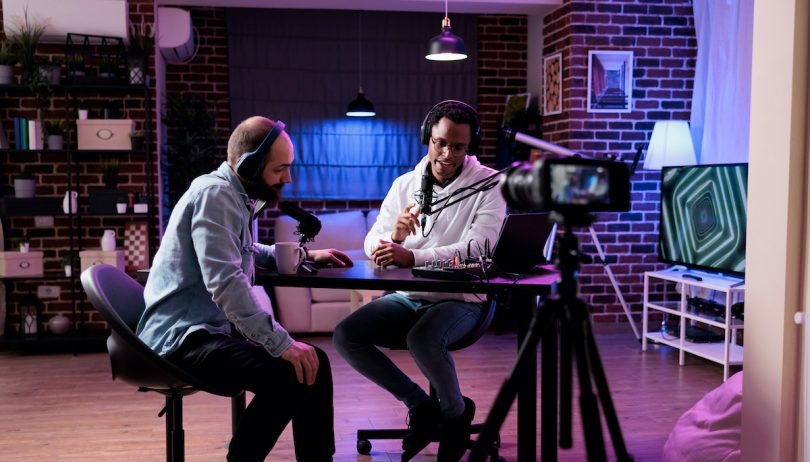 Each September, PRSA recognizes Ethics Month as a way to bring increased attention to the core foundation of the communications profession. Programming this month several webinars, including “Bots, Misrepresentation and More: Navigating Ethical Dilemmas in Digital Communication” on Sept. 27 from 3-4 p.m. Please visit prsa.org/ethics for updates on programming.

For a society to function properly in a democracy, the people in that democracy must have access to reliable sources of information. This is so an engaged citizenry can make informed decisions regarding institutions and their elected officials. This helps a community understand what issues need further exposure and what issues to prioritize so that the government can enact and enforce policies leading to a more advanced civilization.

However, trust in media is declining according to the Pew Research Center, which found that only 12 percent of U.S. adults have “a lot of trust” in the information they receive from national news organizations. The percentage of Americans who have “some trust” in news organizations dropped from 65% in 2019 to 58%  in 2021. Along party lines, the numbers are even more staggering with just 35% of Republicans with “a lot” or “some trust” in national organizations, compared to 78% of Democrats.

At this same time, we’re seeing a rise in internet “influencers,” which some have called “internet journalists.” These are citizens with massive social media followings who are not in the journalism industry but reporting to the public on current events. According to Common Sense Media, “sixty percent of teens who get news from YouTube say they are more likely to get it from celebrities, influencers, and personalities as compared to news organizations.”

The recent defamation trial involving Johnny Depp and his ex-wife Amber Heard is one such case study. The reporting by internet journalists of the six-week Fairfax County, Va., court case involving the two actors brought in millions of views for multiple YouTubers, Instagram personalities and other bloggers. This coverage sparked a frenzy of TikTok memes and short clips dominating social media feeds for weeks.

Much of the reporting of the trial was due to the legal “LawTube” community, lawyers who used YouTube, Twitter and Instagram to give their take on the trial, which many times conflicted with what the public saw on the mainstream news. They additionally covered parts of the case mainstream news neglected, such as jury reactions to the witness testimony, according to Larry Forman, a lawyer I interviewed on my podcast who attended the courtroom proceedings.

However, it’s not only Hollywood celebrities who are recipients of the coverage by influencers acting as journalists. Even the Oval Office understands the significant reach of these individuals and their role in getting information out to the public.

At the beginning of Russia’s attack on Ukraine, the White House brought 30 TikTok influencers together on a Zoom call to give them the Administration’s first-hand perspective regarding the war. One creator who was on the call said that people in his generation get all their news from TikTok, and that it’s the first place they go when searching for topics or learning about new things.

So, what happens when the mainstream news becomes less trusted and citizens take to the air waves to broadcast their unfiltered point of view? Does this coverage erode the objectivity that investigative journalism should produce, or do these citizens make media organizations better by holding them accountable for publishing truthful information? Do internet journalists expose an outlet’s bias? And as professional communicators, who do we ethically form our relationships with — the mainstream media, or do we develop stronger ties with these influencers/internet journalists?

I would argue that as professional communicators we work with mainstream media and internet journalists. Each entity has its place within our democracy and in helping the public receive factual information. The news media must be held accountable if and when they publish untruthful information, or they refuse to run a story due to bias, or lack of resources. That’s when internet journalists, who more often than not, are transparent with their bias provide a perspective not found anywhere else within the news media space.

Many times, a citizen’s own passion personally impacted by a cause drives them to research an issue far deeper than a media outlet’s resources. When taken together, this approach to media placement is a powerful strategy for the communication community.

As a naval officer and professional communicator, I hope one day the U.S. military will engage more with prominent podcasters, bloggers and internet personalities, especially those flag and general officers at the highest levels of military leadership. Prominent podcasters such as Joe Rogan, Jordan Peterson and Jocko, for example, are considered leading thought leaders within this space. They have long-standing credibility directly with the public outside of the filters of mainstream news.

These voices often take on issues the media has neglected, and their shows have been a catalyst to drive further discussions and examinations on particular topics.

It’s time we communicators make internet journalists an integral part of our communication strategy enabling us to reach more diverse audiences, provide a platform for more engaging dialogue, and to further our reach and credibility.

Theresa Carpenter, APR+M, is an active-duty Navy commander, where she has served for the past 26 years. She also serves on the Board of Ethics and Professional Standards for PRSA. Her passions include helping others succeed and the professional development of the craft of public relations. You can find all her work here.