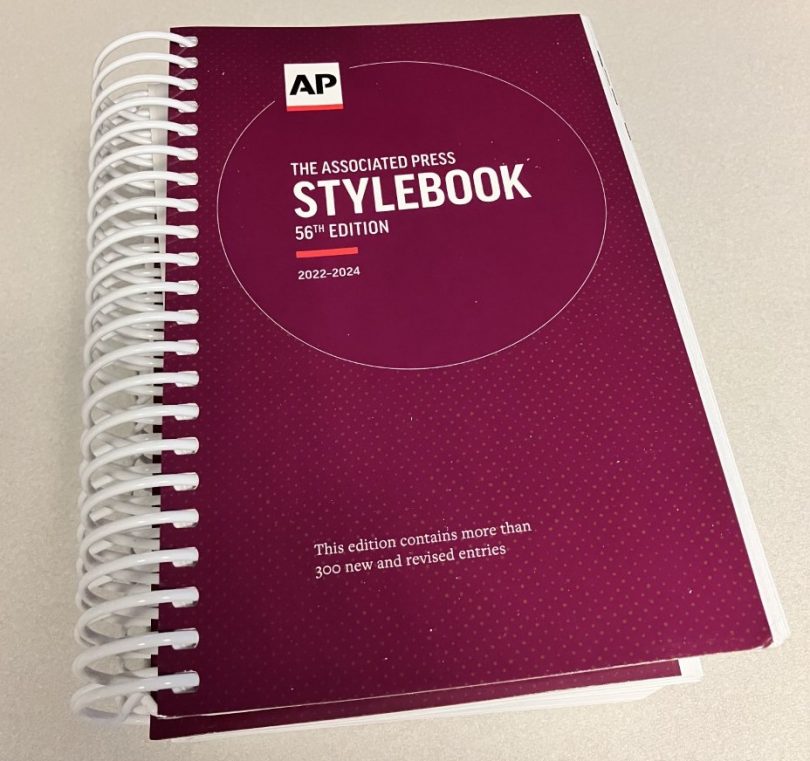 Migration, Deaf and inclusive storytelling are among terms and concepts covered in the 56th edition of “The Associated Press Stylebook and Briefing on Media Law.”

The latest AP Stylebook, released on June 1, has more than 300 new or revised entries. The 600-page book — in a spiral-bound format — also aggregates usage additions and changes made earlier in 2022 and posted on the AP website.

Additions include a chapter focused on inclusive reporting and editing, with updates on how journalists and communicators should cover and refer to disabilities, race, gender and sexual orientation.

“The new inclusive storytelling chapter emphasizes the importance of inclusive reporting and editing in ensuring accuracy and fairness, and offers guidance to recognize and overcome unconscious biases; use thoughtful and precise language; reach beyond usual sources and story ideas; include necessary context and background; avoid tokenism; and make content accessible,” The Associated Press stated in a news release.

The new guidance includes insights on using they, them and their pronouns. Writers are advised to use they/them/their “as much as possible as a way of accurately describing a person who uses those pronouns for themself,” AP says. There’s also an entry on deadnaming, advising to use a transgender person’s previous name very rarely and only if required to understand the news, or if requested by the person.

Words and phrases covered in the revised AP Stylebook, now published biennially, include:

An independent news organization founded in 1846, the Associated Press published its first “AP Stylebook” in 1953 and has regularly updated the book with new editions. The Stylebook sets guidelines for journalists and professional communicators regarding spelling, language, punctuation and usage.