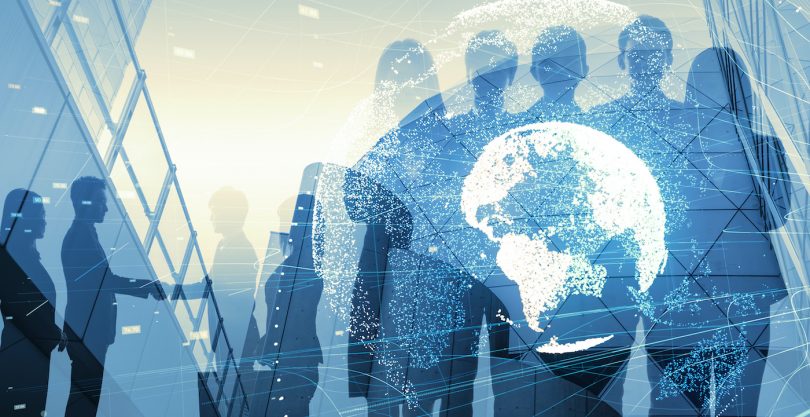 Around the world, the public trust of institutions has fallen, says Edelman’s 2022 Trust Barometer, released on Jan. 17.

In surveys of more than 36,000 people in 28 markets this past November, 61 percent of respondents said they trust business to do the right thing, followed by 59 percent who felt the same confidence in nongovernmental organizations (NGOs). Fifty-two percent expressed trust in government, while 50 percent said they trust the news media.

By comparison, in May 2020, when Edelman updated its Trust Barometer, government was the most trusted institution (at 65 percent), followed by business (62 percent), NGOs (62 percent) and the media (56 percent). 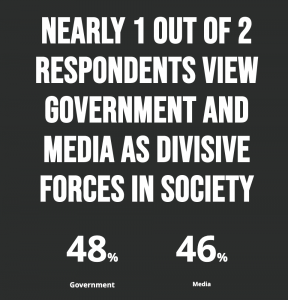 As trust has fallen, the number of people who think society’s leaders are purposely trying to mislead them by making false or grossly exaggerated statements has grown. Sixty-seven percent of respondents said they’re convinced journalists deliberately mislead them, an 8-point increase. Sixty-six percent expressed the same mistrust of government leaders (a 9-point jump) and 63 percent felt that way about business leaders (a 7-point increase).

In none of the democracies surveyed “do people believe they’ll be better off in five years,” said Richard Edelman, the PR firm’s CEO in announcing the results. Many “think they’re going to lose their job, either because of the pandemic or because of automation.”

Still, people consider NGOs and businesses more competent and ethical than either the media or government. Therefore, “the opportunity for businesses here as the most trusted institution is substantial,” Edelman said.

People tend to trust their own employers more than they trust business in general, the report finds. Those polled also said they want businesses to engage more with societal issues. But while people currently consider business their best option to “fight the battles that aren’t being well-handled by the government,” business is “not necessarily the hero of the story” because of its questionable past, said David Bersoff, a senior vice president at Edelman.

Nearly half of respondents view the government and media as divisive forces in society. Government figures and journalists are the least trusted societal leaders (by 42 percent and 46 percent of respondents, respectively). Concerns that false information is being used as a weapon have reached an all-time high (76 percent).

This growing lack of faith in media and government has ensnared the world in a vicious cycle of distrust, Edelman’s report finds. People believe that media and governments are intentionally spreading disinformation and dividing society for their own commercial and political gain, the report also says.

Indeed, distrust has become the default position for many people around the world, eroding the basis for peaceful debate, the research concludes. Fifty-nine percent of survey respondents agreed that they tend to mistrust until they see evidence that something is trustworthy. Sixty-four percent said that people in their country lack the ability to have civil debates about issues on which they disagree.