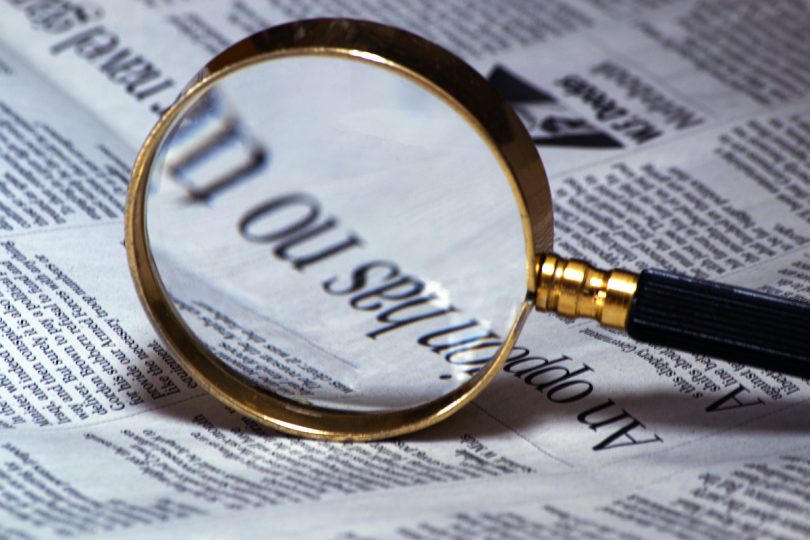 At Greentarget PR, we value the work of journalists and appreciate the privilege to collaborate with them on stories that benefit society. We also recognize that their role has become even more essential over the past couple of years. The public needs credible information, guidance and clarity on emotional topics such as the spread of COVID-19 and racial equity.

At the same time, however, we’ve grown increasingly concerned about the ability of journalists to cover news with independence and integrity. The Fourth Estate’s reputation was bruised after the 2016 presidential election, amid accusations of biased reporting.

Even as public faith in the news media has fallen, falsehoods continue to spread across social media and the internet, perhaps giving reporters an opportunity to reclaim trust. In the lead-up to the 2020 presidential election, Greentarget surveyed more than 100 journalists to learn more about the growing problem of fake news. We asked how they think such falsehoods should be fought and what makes fake news difficult to define, among other questions. This research culminated in our “Fake News 2020” report.

In Greentarget’s “Fake News 2021” report, 84 percent of journalists surveyed agreed that “fake news” — which we define as false information spread unwittingly (misinformation) or intentionally (disinformation) — is a factor that is delegitimizing traditional journalism and news sources. Ninety-three percent said they believe or somewhat believe that false information negatively affects journalism.

The findings are a warning signal for the PR profession. For firms like Greentarget, which help thought leaders express their points of view, a credible news media is crucial. Why would any business leader try to connect with customers and prospects through media not seen as credible?

As some news outlets prioritize clicks over accurate reporting and falsehoods are flung across social media, we have watched these trends with equal parts fascination and unease. Even as the news media’s credibility is questioned, we continue to believe thought leaders benefit from media relations. We also believe the PR profession should support credible journalism in these turbulent times.

Last year, we created a pledge for how communications professionals can help fight false news. First, it says, we support the work of reporters and editors. We stress ethics and transparency. We strongly discourage lying to journalists or putting forth sources that aren’t credible. We vow to always fact-check our work, knowing that sending unverified information to reporters can lead to the spread of falsehoods. Further, we pledge to only provide insights that a journalist’s audience will care about. And we commit to broadening media literacy.

Just 35 percent of journalists surveyed said media-literacy efforts have had a high or moderate effect in helping counter fake news. About 20 percent said such efforts had no effect.

This differs from other research out there, including a report that found that media literacy intervention “improved discernment between mainstream and false news headlines” by 27 percent.

Nonetheless, media-literacy efforts are popping up across the country. Last year, a report found that 14 states had taken substantial legislative action to teach some form of media literacy to all K-12 students. In 2021, Illinois became the first state in the nation to mandate media literacy be taught in all public high schools. Colorado lawmakers enacted legislation this year to create online media-literacy resource materials that school teachers can use.

We find these efforts encouraging and hope journalists and the public will get behind them. We also believe the PR profession should find ways to help teach the next generation of Americans to differentiate falsehoods from credible news.

For more insights and resources on combatting misinformation and disinformation, visit PRSA’s Voices 4 Everyone website at: voices4everyone.prsa.org.