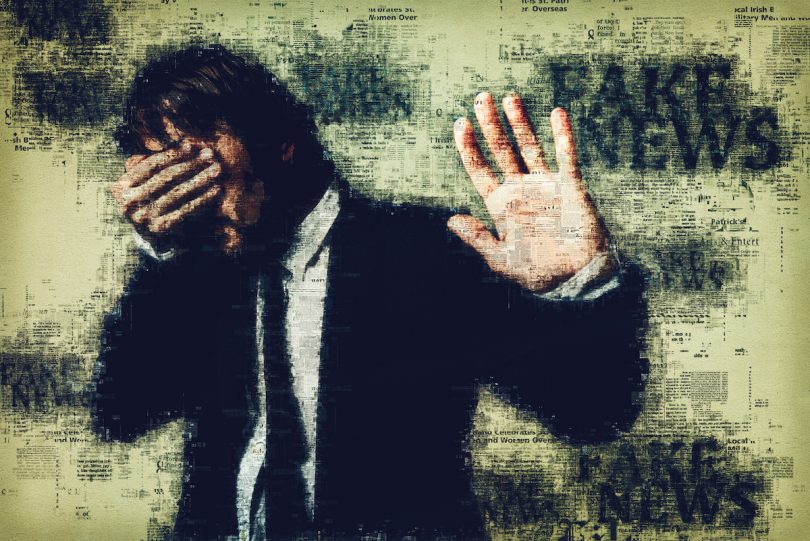 Politicians, CEOs, television anchors, talk-radio hosts and prominent professionals “are the source and amplifiers of some of the worst, most harmful disinformation” in America, a new report says.

According to “The Commission on Information Disorder Final Report,” released Nov. 15 by The Aspen Institute, an international nonprofit, widespread misinformation and disinformation are exacerbating society’s worst problems.

On social media, “Extreme points of view are amplified,” and “False news spreads faster and farther than true news,” the report says.

In today’s world, “Public discourse is deeply polarized and acrimonious; we are distrustful of each other and of powerful institutions (sometimes for good reason),” the report says. “Our growing incapacity to bridge these divides and make vital connections in our lives is having a corrosive effect.”

According to the report, leadership from every sector and institution in our society “is our only way out of this crisis. And yet it is sorely missing.”

The commission, which The Aspen Institute says comprised “a diverse group from across the political spectrum, representing academia, government, philanthropy and civil society” held discussions with activists, community leaders, tech-industry representatives and lawmakers “to understand and explore the multidimensional attributes of our societal crisis of trust and truth.” Journalist Katie Couric, cybersecurity expert Chris Krebs and civil rights leader Rashad Robinson served as the commission’s co-chairs.

The report found that the problem extends well beyond “state-sponsored disinformation” to also include “the constant churning cycle of news and information,” the splintering of traditional media and the explosion of social media.

Communications technology has benefitted society but also produced ills such as helping to connect and organize hate groups and conspiracy theorists, allowing governments to incite genocide and helping to spread disinformation that targets racialized populations, the report says.

Lying and distorting facts to sow mistrust has become a tactic of mainstream political and issue campaigns, it says. “Compounding the problem is the media’s continued repetition, amplification and rewarding of those who lie” by giving them high-profile coverage instead of providing the public with facts and holding liars to account.

According to the report, “The spread of false and misleading narratives, the incitement of division and hate, and the erosion of trust have a long history, with corporate, state actor, and political-persuasion techniques employed to maintain power and profit, create harm, and/or advance political or ideological goals.” Today, “Malicious actors use cheap and accessible methods to deliberately spread and amplify harmful information.”

The pursuit of objective truth must begin with empirical evidence and “the best version of what we know in that moment,” says the report, which adds that in a free society, there are no arbiters of truth.

To reduce information disorder, the report advocates rules be instituted that “govern the decisions and behavior of information platforms and propagators.” The report acknowledges that its recommendations could have the effect of silencing unpopular opinions.

The commission was “cognizant of the real possibility that the imposition of new restraints on [speech freedoms] could suppress dissent that is crucial to a democratic society,” the report concedes. Amid efforts to counter misinformation and disinformation, “First Amendment scholars and advocates have raised legitimate concerns about undermining free speech.”

The report recommends that leaders, journalists and advertisers commit to “adopting new (or restoring established) norms that prioritize fact-based communication and avoid repeating falsehoods, especially in spheres in which disinformation can cause immediate and substantial harms, such as threats to public health or undermining elections.”

You can read the final report detailing the recommendations on the Aspen Institute’s website.

Here are the recommendations to build trust:

Endorse efforts that focus on exposing how historical and current imbalances of power, access, and equity are manufactured and propagated further with mis- and disinformation — and on promoting community-led solutions to forging social bonds.

Develop and scale communication tools, networks and platforms that are designed to bridge divides, build empathy and strengthen trust among communities.

Increase investment and transparency to further diversity at social media platform companies and news media as a means to mitigate misinformation arising from uninformed and disconnected centers of power.

Promote new norms that create personal and professional consequences within communities and networks for individuals who willfully violate the public trust and use their privilege to harm the public.

For more insights and resources on combatting misinformation and disinformation, visit PRSA’s Voices 4 Everyone website at: voices4everyone.prsa.org