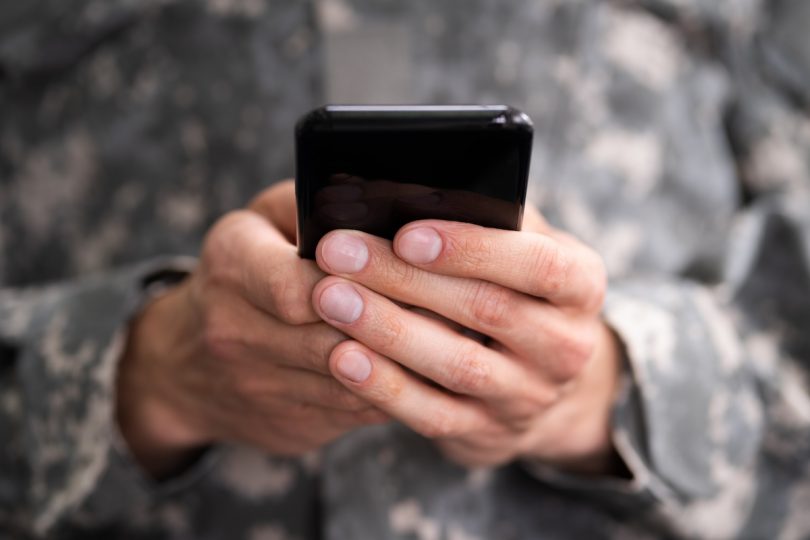 Each September, PRSA celebrates Ethics Month, featuring programs presented by the PRSA Board of Ethics and Professional Standards (BEPS). This year’s theme is “Leading With Ethics.” Please join the discussion on Twitter via #EthicsMonth, and follow along with our ethics-related blog posts, as well as two webinars (on Sept. 9 and Sept. 21) and a new Ethics Quiz.

Clearly, companies are noticing the utility of an individual who gains a large following on social media to be a spokesperson or “brand ambassador.”

However, we are afforded a large degree of credibility and prestige within the military simply by raising our right hand and swearing to protect and defend the Constitution. What happens when a service member who garners a large social media proudly wearing their uniform in many prominent posts also sells products or even their military story?

Matt Fitzgerald, an active-duty Army lawyer, calls this practice, which has become very visible and prominent throughout social media by numerous military influencers, an “ethical oversight.” He calls on the Department of Defense to clarify the policies surrounding influencer marketing.

He explains that while not all influencers are blatantly posing in a uniform while holding a commercial product, the influencer profits from monetized YouTube videos, sponsored posts and affiliate marketing deals. Many of these same influencers are then promoted by military organizational unit pages, thus giving the impression that this practice is not only permitted but also encouraged.

He points to federal ethics regulations as the guidelines that prohibit military influencer marketing. The Standards of Ethical Conduct for Employees of the Executive Branch preclude servicemembers from using “public office for…private gain, for the endorsement of any product, service or enterprise, or for the private gain of friends, relatives or persons with whom the employee is affiliated in a nongovernmental capacity.”

To summarize, it would appear that the influencer is using their active-duty status for private financial gain. As a blogger, author and podcaster, I often get asked why I don’t monetize my social media platforms. Even if military members are selling products in one post, then posing in uniform in another, I, like Matt, understand ethically that the current policies prohibit such actions.

It’s important to note that not everyone agrees with Matt’s interpretation of the ethics regulations or if they apply to military influencer marketing. Before my podcast session with Matt discussing the issues surrounding military influencers, I brought together a handful of military friends with large social media followings and asked them what they thought. One has more than 100,000 subscribers on YouTube but does no commercial sponsorships. One endorses commercial brands without any compensation while also detailing her story of military service. Another does not endorse products but wonders if she can recoup the money spent publishing her book.

All of us agreed with Matt’s assessment that current regulations fail to address influencer marketing and that the interpretation of current ethics guidelines regarding what is permitted versus prohibited varies by which military Judge Advocate Generals Corp (JAG) one consults.

However, one retired Army veteran who worked in public affairs before leaving the service disagreed that influencers who display their military service should be banned from selling products on those same social media platforms.

“First, while it seems a simple policy letter could force everyone to stop posting in uniform for profit, it’s practically unenforceable. Even if it were, the negative second and third-order effects of “the man” coming for a highly digitally mobilized generally young demographic can only end badly. There isn’t any payoff, and there’s a lot of potential blowback. I honestly don’t think the answer is to muzzle youth.

My opinion is to use the time you’re in uniform to build your brand audience and loyalty and monetize after you transition. If you monetize while in uniform, then clearly identify your material as your own and not the government’s. If you’re questioning it, then always see an ethics lawyer.

It’s important to be mindful your uniform shouldn’t be the centerpiece of your work because it could be construed as a Department of Defense endorsement. Having said that, I don’t believe that you should have to hide your service or uniform. I think it’s OK for people to know you’re a service member. It endears people to you. Your service doesn’t own your personal life. Conscious balance is the key.”

What do you think? Is there a similar issue in your industry? A few months ago, we saw that the NCAA now allows student-athletes to use their names, images and likenesses. These rules will “allow athletes to profit by monetizing social media accounts, signing autographs, teaching camps or lessons, starting their own businesses and participating in advertising campaigns, among many other potential ventures.”

It makes many of us who are military members active on social media wonder which way the Department of Defense will go in addressing this issue for our personnel.

On Sept. 9, Carpenter moderates a webinar titled “Ethical Communications in the Military: Eliminating the Say/Do Gap on the Battlefield and Beyond” at 3 p.m. ET.

Theresa Carpenter, APR+M, is an active-duty Navy commander select, where she has served for the past 25 years. Her passions include helping military women succeed and the professional development of the craft of public relations. As an introspective writer, she muses about the human experience for her blog, Theresa’s Tapestries. She lives in Norfolk, Va., with her husband Harry and their Boxer dog Jayda, who also has her own social media presence on Instagram.