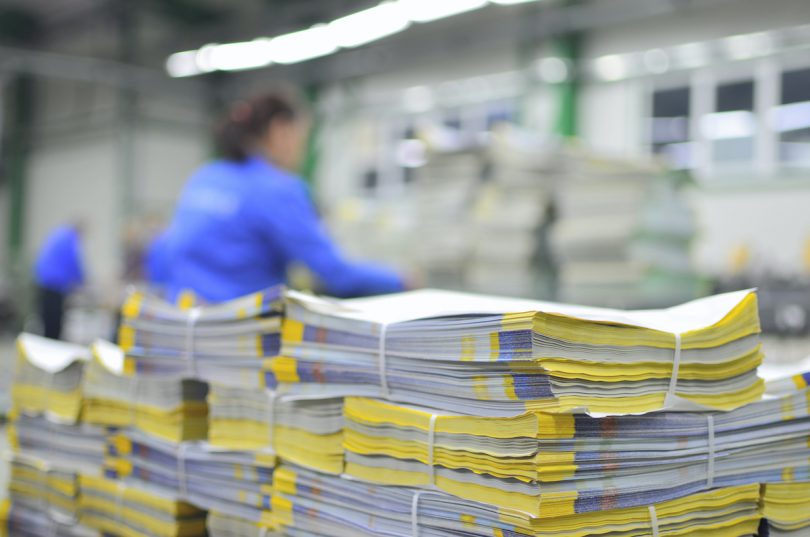 During a virtual event hosted by Milwaukee Press Club on Feb. 24, Chuck Todd of NBC’s “Meet the Press” shared his insights on the state of journalism and its future. Over the next decade, Todd predicted, his profession will slowly move beyond the public scorn and skepticism toward the news media that has grown amid the country’s current political divide.

Already decimated by staff reductions, many print and broadcast newsrooms have been acquired by large corporations that are often more interested in online clicks and monetizing news than in factual reporting, Todd said. Another force turning people away from national news programs has been the public’s addiction to social media, which amplifies negativity and often sidesteps facts in favor of unsubstantiated opinion and innuendo, he said.

It was refreshing to hear Todd’s optimistic vision for a future in which a more independent news media will regain the public’s trust and return to covering local communities with a sense of shared values. For PR professionals, being able to work with trustworthy, engaged and ethical journalists to tell our clients’ stories is crucial.

Following a year in which unprecedented headlines appeared almost daily, public demand for high-quality news reporting with a community focus has never been higher. At the same time, however, the advertising revenue that local news organizations have long counted on has continued to drop. To help bridge the gap between national cable news and diminished, for-profit local news, a nationwide shift toward nonprofit local journalism is now underway.

Todd posed some thought-provoking questions: Can a news organization be for-profit and still remain neutral? Where and how is money being made in journalism and how does that profit affect budgets for stories in newsrooms?

While the trend toward nonprofit news makes sense given corresponding decreases in advertising revenue, it also represents an opportunity to create news organizations that are independent of the influence of advertisers or large corporate owners.

According to the Columbia University Graduate School of Journalism’s Tow Center, in the last year, at least 66 media outlets have permanently closed and another 42 have suffered cutbacks as a result of mergers and consolidations during the pandemic. Most affected were local news outlets that are independently operated or owned by small media chains. In the Chicago suburbs, the company 22nd Century Media closed in March 2020, shuttering its 15 for-profit newspapers just as the coronavirus outbreak began.

In response, three former 22nd Century Media reporters, who found themselves unemployed and thus unable to reach readers when their services were needed most, started The Record North Shore, a nonprofit newsroom that covers “hyperlocal” government, schools and businesses in Chicago’s wealthy North Shore suburbs. After a crowdfunding campaign that raised $60,000, The Record began publishing in October 2020, helping to fill the void left when 22nd Century Media closed. Like other nonprofit news organizations, The Record relies on donations to continue operating.

As of May 21, Alden Global Capital’s bid has been approved by Tribune Publishing’s shareholders. Several nonprofit organizations and philanthropists have stepped forward to make competitive bids that would prevent Alden — which has a reputation for drastically cutting newsroom staffs — from assuming sole ownership of the company.

Chicago’s WTTW News reported talks between philanthropic groups that included MacArthur Foundation, The Pritzker Traubert Foundation (connected to billionaire Illinois Gov. J.B. Pritzker) and the New York-based Ford Foundation have been in talks to form a nonprofit entity that would purchase a controlling stake in Tribune Publishing.

In addition to owning the Chicago Tribune, Tribune Publishing also owns nine other prominent newspapers across the United States, including the Orlando Sentinel and Connecticut’s Hartford Courant. If Alden’s bid prevails and leads to further newsroom layoffs, the sale could undermine news coverage for a large portion of the country.

While the nonprofit status of Tribune Publishing did not come to fruition, many other notable media outlets have embraced this new business model. In May 2020, Chicago Reader, a free, alternative weekly paper, transferred its ownership to an Illinois nonprofit, the Reader Institute for Community Journalism, after seeing a 90 percent drop in advertising revenue amid the pandemic.

Block Club Chicago, an online, hyperlocal, nonprofit news organization, was founded in 2018 and has since published more than 5,000 stories on Chicago’s neighborhoods. Block Club Chicago reportedly sends a daily newsletter to some 82,000 people.

ProPublica, an independent, nonprofit newsroom that produces investigative journalism, recently announced it would expand its Midwest operations beyond Illinois (where it has been reporting since 2017) to also cover Michigan, Wisconsin and Missouri.

According to The Poynter Institute, heavy investments in nonprofit journalism are expected this year. The American Journalism Project, a new philanthropy dedicated to local news, says it plans to distribute $50 million in grants over the next several years. Report for America, a national program that places emerging journalists into local newsrooms to report on under-covered issues, also plans fast growth in the years ahead.

Brian Knox, executive vice president of public relations at Laughlin Constable in Milwaukee, Wisc., and a PRSA member, is a PR veteran of more than 20 years. Previously, he spent more than a decade as a television news reporter and anchor.