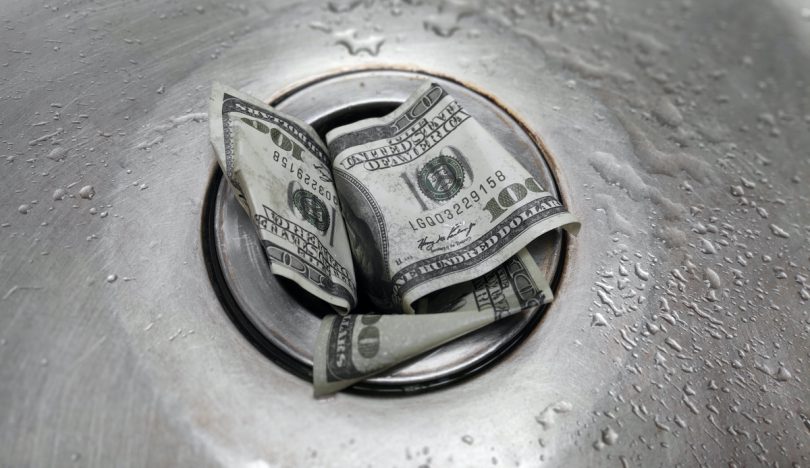 According to a 2019 study conducted by University of Baltimore Economics Professor Roberto Cavazos, the spread of false and misleading messages online costs the global economy an estimated $78 billion each year.

The bulk of this loss comes from stock market volatility stemming from financial disinformation campaigns, but the widespread proliferation of misinformation has also forced companies and organizations to increase spending on reputation management, brand safety, employee health and wellness, and crisis communication efforts.

Misinformation campaigns, which use false and misleading information to harm a person, group or organization, damage relationships and erode public trust. But for many in the digital marketplace, the production and distribution of misinformation can be a lucrative business. During the lead-up to the 2016 United States presidential election, the individuals behind fake news sites earned thousands through programmatic and pay-per-click advertising.

It is not just individuals looking to profit from dishonest communication practices. Shifting dynamics in the investment community have opened new opportunities to make money off the spread of misinformation. Rumor and deception have long plagued financial industries, but the proliferation of financial news websites that target rookie investors and the rise of online investment communities on platforms like Reddit create a fertile environment for false and misleading information to take root.

A study out of Yale University found that stock prices jumped after deceptive articles about small firms were published by sites such as The Motley Fool and Seeking Alpha. Articles on investment news sites are frequently based on corporate news releases, which suggests that these firms may have been attempting to artificially inflate stock prices. In 2017, the Securities and Exchange Commission (SEC) charged 27 separate entities and individuals with running stock promotion schemes that involved hiring firms and freelancers to write and publish bullish articles about the publicly traded companies.

With a few precautions, PR professionals can safeguard their organizations from monetary loss due to mis/dis and mal-information.

Paid promotions can appear on a fake news site or run alongside a conspiracy theory-fueled Facebook page without an advertiser even realizing it happened. The “set it and forget it” model of programmatic advertising leverages automated ad placement to reduce the human labor involved in ad buying and optimize campaign spending. But the time and money saved can easily be wiped away by the cost of brand rehabilitation. Big-name brands, including Samsung, Heinz and Clinique, were put on the defensive recently when a BBC investigation found their ads running on YouTube channels promoting phony cures for cancer.

Advertising giants like Google and Facebook have made efforts to restrict media placements on fake news sites, but brands should still be wary of entirely ceding the job of media placements to algorithms that privilege attention over accuracy. Companies such as JPMorgan Chase combine human oversite with technological efficiency by limiting their online ad placements to a preapproved list of approximately 5,000 websites in a process known as “whitelisting” or “safe listing.” Others create databases of blocked or “blacklisted” sites, but the rapid proliferation of false and misleading content online can make keeping up with sites to avoid nearly impossible.

While most PR professionals practice social monitoring, the process of tracking and responding to brand mentions on social media, few have invested in the broader process of social listening. Social listening involves observing and interpreting digital conversations to better understand emerging trends. The insights gleaned through social listening can be invaluable for companies looking to build business in new markets or develop more effective messaging, but social listening can also be used identify mis/dis and mal-information before it snowballs into a communication crisis.

Social listening is a proactive process that enables brands to react quickly to discredit and prevent the spread of false information. Taking an active approach to media monitoring is increasingly important today, as misinformation can rapidly spiral out of control in the attention-driven digital media marketplace.

Shortly after the 2016 presidential election, PepsiCo CEO Indra Nooyi spoke at a New York Times DealBook conference, at which time she congratulated Trump and encouraged unity, but also mentioned that many of her employees were concerned and unhappy about the election results. A conservative blog then ran a story insinuating that Nooyi had criticized Trump supporters and suggested they “take their business elsewhere.” The phrase was subsequently erroneously attributed to Nooyi by several far-right new sites. As a result, Pepsi stock prices took a hit and calls to boycott Pepsi products spread quickly across social media. Like a game of Telephone, Nooyi’s relatively innocuous words were compounded by errors as reports of the interview spread across the web.

Unscrupulous and dishonest players certainly exist in public relations, just as they do in all industries but, oftentimes, communications professionals act as unintentional contributors to the misinformation epidemic. The PR industry is rife with arithmophobia — the fear of numbers and PR people are often more comfortable working with words than spreadsheets. While mastering written and verbal communication is still vital to success in this industry, the changing media landscape requires expertise in computational thinking skills as well.

Misreading or incorrectly analyzing data can result in costly errors and lead to missed opportunities. A Garner survey of chief data officers showed the poor data literacy among employees is a critical roadblock to achieving business goals. The cloud communications company Twilio learned firsthand about the importance of employing a math-savvy PR team after a costly mistake in 2019 when they misreported their annual earnings due to a “simple math error” in a press release, which resulted in a sharp drop in stock value.

A recent report by the Data Literacy Project found that data literacy across a company’s workforce directly correlates to corporate financial performance, and the pressing need for improvement in this area has been clear for some time now. PRSA published a Best Practices Guide for Use of Statistics in Public Relations back in 2011 but, more than a decade later, communication professionals are still struggling to overcome numerical skill gaps.

The challenges of addressing mis/dis and mal-information are daunting, but PR practitioners are well-positioned to rebuild eroding trust and champion clear and accurate communication. Devoting financial and human capital to fight the spread of false and misleading information does more than contribute to the public good; it is a smart investment in your bottom line.

Kathleen Stansberry, Ph.D., is an assistant professor, media analytics and strategic communication, at Elon University. This post was developed for PRSA’s Voices4Everyone initiative.