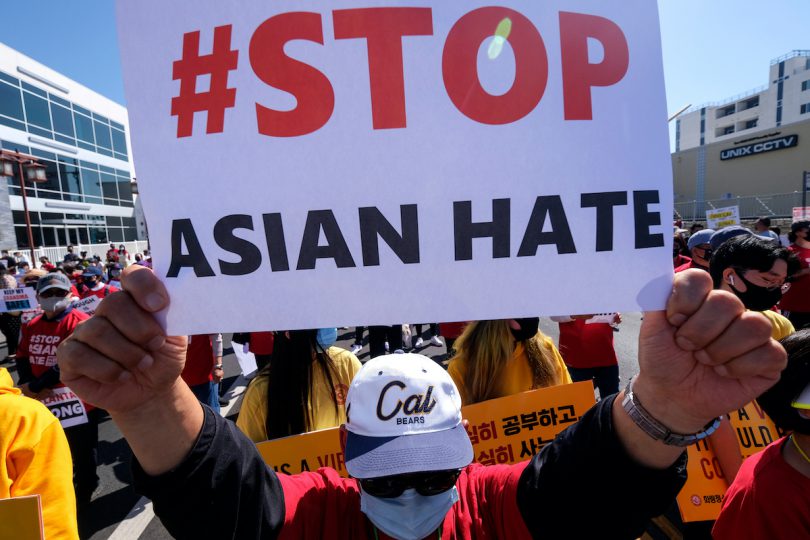 On March 16, eight innocent lives were taken in violent shootings in Atlanta. On March 29, many saw a 65-year-old Filipina American woman be brutally assaulted as onlookers stood by and did nothing. Another assault was also captured on video on a New York City subway train as an Asian American man was assaulted to the point of unconsciousness. This occurred on a train with a number of other passengers, also doing nothing.

Seeing these acts against other members of the Asian American and Pacific Islander community (AAPI), which I am a part of, both saddens and infuriates me.

Being invisible to fellow Americans and countrymen is a lonely feeling. While the history of Asian Americans and Pacific Islanders is rarely taught in our public education system, the rich contributions the AAPI community has made to our great country are endless. Yet, despite AAPIs being in America for several centuries, we are often seen as the “perpetual foreigner.”

I was born and raised in the Midwest to parents who came to America when the United States opened immigration for well-educated immigrants from diverse countries in Asia and Latin America. In my house, we grew up in both cultures, trying to assimilate and learn what it meant to be American, while maintaining cultural traditions from the Philippine Islands.

Growing up, kids would tease me and make fun of my nose because it wasn’t Anglo in shape or chant the playground rhyme, “Chinese, Japanese, look at these d*rty knees” and then pull their eyelids back. I didn’t understand why they thought this was funny. For one, I am Filipino American and yes, my great-grandfather was Fukien Chinese but growing up, I really only knew my Filipino background (cultural traditions, language, food, dance).

In high school, a teacher assumed I was slacking in algebra because “you’re Asian, you should be excellent in math.” I took Kumon and was tutored on the abacus by my Chinese uncle on Saturday mornings. I made sure to stay visible and even produced a Filipino cultural dance show for my high-school student body.

Later, I went out to California for college and to follow a dream of working in Hollywood. My college job was telemarketing sales for a bank. One day, a client came in (who I only interacted with via telephone) and with a surprised look said, “Wow, you speak really good English.” Again, I didn’t understand this because I was born in America, and grew up in a primarily white traditional Midwestern town, where ethnic diversity was defined as Black and white, with a few Latino, Middle Eastern and Asian Americans in the mix. (Back then, AAPIs were all clumped together as either Chinese or Japanese — no one really knew about other AAPI ethnicities.)

Throughout my career as a communications professional in media and entertainment, I have heard stereotypical jokes and other misperceptions in jest, what are now called microaggressions. And, while I would laugh it off, fake a smile and pretend it didn’t bother me, these “backhanded compliments” would actually sting. They would compound, and sometimes I would try to correct the situation or jokingly reply back why the comment wasn’t funny. Ultimately, I knew what I was trying to do wasn’t always effective. After awhile, I couldn’t stay quiet. I knew I had to use my voice and I needed to be visible about it. And, I did.

On March 16, I was proud to use my voice as the producer for the PRSA/PRSSA “Building Bridges: Standing & Speaking Up Against Anti-Asian Racism” virtual panel. I secured the guest speakers — all leaders whose voices I respect — plus, PRSSA student leader voices were included as the moderators. And then, only a few hours later, breaking news alerts of the tragic violence in Atlanta was out. Eight people were killed, six of whom were Asian American women, and one other person was wounded. I was crushed.

While the sadness of the rise in anti-Asian hate during the pandemic has been emotionally trying, this unbelievably horrific violent act made me feel helpless; it made me feel like all the work I do to build coalition and to build unity doesn’t mean anything. I cried and then I became angry. I knew I could not allow this hate to deter me in doing what I know is right. I knew I had to keep using my voice and I needed to keep staying visible, for myself and the community.

We are not invisible. Our voices and our stories must be heard and seen. Until we can unite as one, can we truly fight what divides us?

I have always been an advocate for diversity and inclusion, for making sure our voices and our stories from marginalized and underrepresented communities are heard and seen, especially in media and entertainment; and as communicators, we’re also a part of that storytelling. Our profession helps to shape perceptions. These perceptions are often the reality for many. And, it is our responsibility to ensure that we are being as authentic as possible in telling our stories. I say “our,” for all communities of color, for the LGBTQ+ community, for the disability community, for the Muslim community, for the Jewish community, for ALL of us — we must continue to build coalition, to build unity, to build solidarity — because it will take our collective power to fight the hate, racism, xenophobia and the prejudice. It will take our visibility and our voices to overcome.

Finally, as an AAPI community leader, I invite you to join us in standing up and speaking out against anti-Asian racism. It’s time to go beyond the hashtags, as my fellow PRSA Orange County Chapter leader Ted Nguyen said during the Anti-Asian Hate March in Koreatown in Los Angeles on March 27, “[T]he moment of silence is over; it’s a movement of action. We need action today to save lives. Because when Asians can not be protected in America, no group is protected in America.”

Learn more at Asian Americans Advancing Justice. Plus, here are helpful tools on what to do when you see anti-Asian harassment.

Laarni Rosca Dacanay is a nationally recognized communications professional in media and entertainment. Her background includes NBCUniversal Corporate Diversity, Focus Features and NBC. She serves on the PBS SoCal Community Advisory Board, is co-producer of the Asian Pacific Filmmakers Experience and is an active member of the Television Academy, Asian American Journalists Association and PRSA. Based in Southern California, you can follow her at @laarnid1 on Twitter.