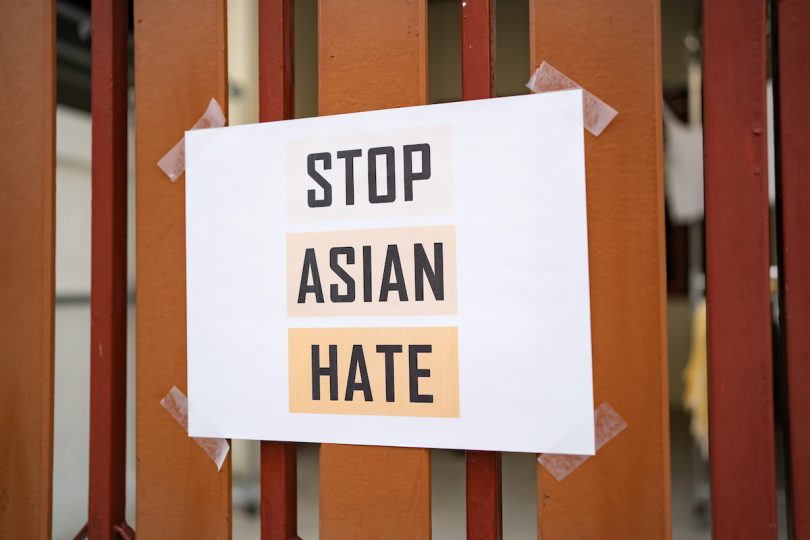 According to Stop AAPI Hate, reports of discrimination against Asian Americans and American Pacific Islander communities have risen during the COVID-19 pandemic.

The coalition of community-based organizations, activists and researchers at San Francisco State University says that, since March 19, 2020, it has received at least 3,795 firsthand complaints of racial incidents against Asian American and American Pacific Islander communities — the latter of which includes people whose origins are in Polynesia, Micronesia and Melanesia.

In recent months, a series of hate crimes against Asian Americans have occurred in California and New York. On March 16, shootings at three Atlanta-area spas left eight people dead, six of whom were women of Asian descent, according to initial reports. The shootings prompted calls for the suspect to be charged with hate crimes. In the days that followed, participants in rallies and vigils around the country called for an end to violence against Asian Americans.

“What we’re really asking for in this moment is racial justice, for our lives to be valued, to not have to live in fear,” said Cady Lang, a New York-based staff writer at TIME, during PRSA’s March 16 webinar, “Building Bridges: Standing & Speaking Up Against Anti-Asian Racism.”

Lang recommends that PR students and professionals ask themselves: “How can I help people in these communities and amplify their voices?”

Panelist Grace Meng, who represents the borough of Queens in the Sixth Congressional District of New York, said, “Telling our stories isn’t something that necessarily comes naturally to the Asian American community.” In her own family, she said, “we were always encouraged to stay silent.” But today, immigrants “have to speak up, not just for themselves, but to prevent these things from happening to other people.”

Meng is one of two Democratic lawmakers who have reintroduced legislation in the House and Senate calling for expedited reviews of hate crimes related to the pandemic. Despite the attention on the issue in recent weeks, however, “hate and discrimination against Asian Americans is nothing new,” she said.

“We have an incredible opportunity right now to build relationships and to strengthen coalitions with other communities,” Meng said. “And as we’re talking about racism against Asian Americans, it’s also a good time to talk about racism that might exist within our own communities, as well.”

Panelist Bill Imada, chairman and chief connectivity officer at IW Group, a Los Angeles-based marketing and communications agency that specializes in multicultural markets, said he would like people to “lean-in to all of the potential allies that we have in our community,” and to “volunteer to participate in the dialogue around public safety. One person in your agency can make a tremendous difference.”

Young people should “listen to understand, and [listen] to show some empathy,” said Imada, who blames older generations for racism. “I don’t want to leave the country in the shape that it’s been in as a result of the inability of boomers to fix things.”

Meng defended the baby boomers, “who marched during the civil rights movement in this country,” she said. “We can work together. Don’t underestimate the boomer generation. They had so many successes, and are a large part of how we live the comfortable life that so many in my generation have.” She recommended that people not “point fingers or target each other.”

Haniya Shariff, the webinar’s co-moderator, is vice president of diversity & inclusion for PRSSA and a student of news writing and media relations at Temple University in Philadelphia.

“We hope that we will all learn more empathy and understanding,” she said, “so that we can all be better allies and advocates for each other.”