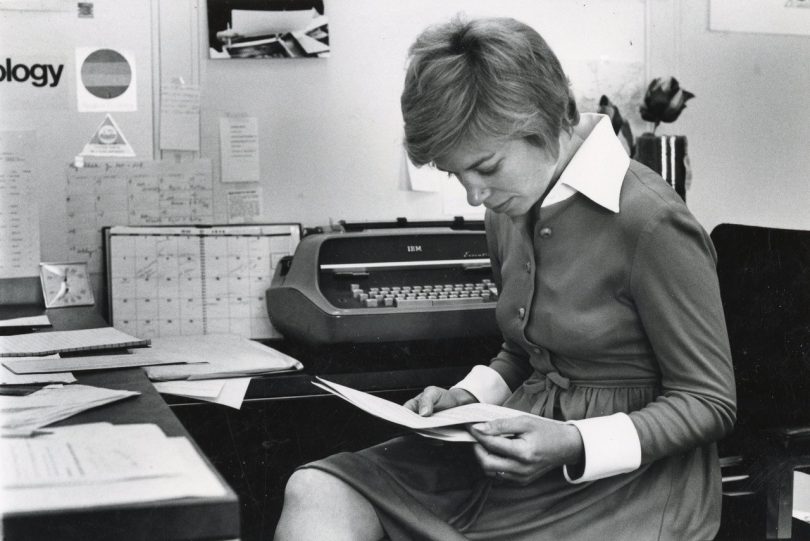 The following is adapted from Dick Martin’s book about Marilyn Laurie’s life in public relations, “Marilyn: A Woman in Charge” (PR Museum Press, 2020). All proceeds from the sale of the book — available in hardcover, softcover and as an ebook — benefit the Museum of Public Relations.

AT&T’s media relations director sat behind a mahogany desk the size of a small aircraft carrier. At least that’s how it looked from the edge of the straight-backed chair on which Marilyn Laurie was perched. He was her boss, and they were locked in an argument. She wouldn’t remember the specifics for long. But how it ended would last the rest of her life.

She had left her home in Scarsdale, New York, that summer morning in 1974 clad as usual in a skirt, hanging just below her knees, flats — even though, at five foot two, she could have used the lift of heels — and a long-sleeved blouse with a keyhole neck, which is to say its round collar was held together by a thin, fabric bow. Untied, it fell into a V, no deeper than a man’s shirt collar with the top button undone. And that’s how she was wearing it.

She was in mid-sentence, when her boss sprang out of his chair, circled to her side of the desk, and tied the strings of her blouse into a bow. It was one of the few times in her career she was speechless. There was nothing sexual about what he did. But more than two decades later, she still described it as “the most aggressive male-to-female action” she had ever experienced.

She put the incident aside and attributed it to that one individual. She didn’t feel his action was generic. God knows, it didn’t hurt her career. In fact, the guy who did it eventually reported to her. And if she ever felt the urge to tighten his tie then, she resisted it.

She said she remembered the incident because it was so uncharacteristic of her interactions with her male colleagues. Even when she found herself in conflict with them, she never felt it was because she was a woman and they were men. She thought it was usually because she was a liberal New Yorker and they were conservative Midwesterners. They represented the values of the country’s heartland, and she represented bicoastal values.

If today’s #MeToo movement is solely about sexual harassment, there’s no evidence Marilyn could claim the hashtag. But if it’s about a more subtle form of sexism whose engine is gender stereotyping, she could have been its poster child.

Marilyn was the first woman to become chief communications officer of a Fortune 10 company, but her career was bookended by systemic and casual sexism. It started the day before she showed up for work and continued up to and including her rise to the top. 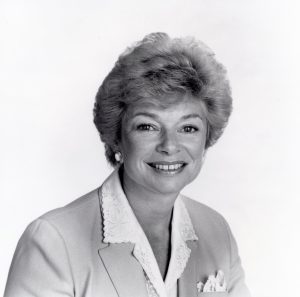 AT&T hired her to start an employee recycling program, based on her success in helping mount the first Earth Day celebration in New York City, followed by her production of a New York Times Sunday supplement to mark the second. She was to earn $12,000 a year in what the company called a “C-level” position. The night before she started, her boss called and told her there had been a change.

“Change?” she said. “What kind of change? Is the salary different?”

“No, same salary,” he said. “But the level is different. You’ll be at B-level instead of C.”

Not understanding the corporate world, she said, “Fine. See you tomorrow.”

She didn’t know her job was changed from C-level to B because AT&T simply didn’t hire women at the C-level. In fact, of the 9,363 third-level managers in the company then, only 120 were women. But her assertiveness, directness and drive — along with the settlement of a government lawsuit for just that kind of gender bias — put her on a fast track through the company’s alphabet of salary levels. She leaned in when women were supposed to lay back.

And 16 years later when the company’s CEO wanted to make her head of human resources, a senior executive talked him out of it because he thought others in the C-suite would be uncomfortable with a woman setting their salaries. So instead, she was put in charge of public relations.

With all that, it’s fair to ask how she made her way through such an opaque and masculine hierarchy to ultimately win a seat at the company’s highest decision-making table.

“You need to know the business as well as the people running it do,” she advised her PR people. “And you have to know the outside world better than they do. The first gives you credibility; the second will make you valuable.”

Reading the trades and business papers is not enough. “If you aren’t curious about what’s going on in the world… you’re not going to be able to make the connections it’s your job to bring to the table,” she warned. “Listen deeply to all kinds of audiences — through all kinds of media — so you bring a convincing, uniquely ‘outside’ perspective to the table. A broad understanding of public opinion and trends will bring authority to your advice.”

Dick Martin was executive vice president of public relations for AT&T and a member of the company’s most senior policy committee from 1997-2003, capping a 33-year career with the company. He has authored four books for the American Management Association and articles for publications such as the Harvard Business Review, Chief Executive and the Journal of Business Strategy.