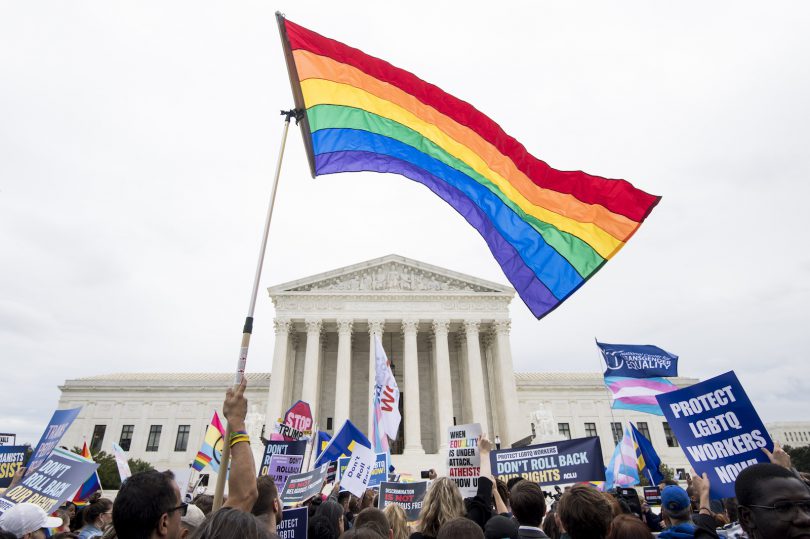 For more than 10 years, Gerald Lynn Bostock worked as a child-welfare-services coordinator for Clayton County, Ga., advocating for victims of child abuse and neglect in Atlanta’s juvenile-courts system. He was fired in June 2013 after joining a gay men’s softball league and using his expense account to take clients to lunch at restaurants that displayed rainbow flags, he said.

Bostock sued Clayton County for discrimination. The case — Bostock v. Clayton County — went all the way to the U.S. Supreme Court, eventually resulting in its landmark ruling on this past June 15 that LGBTQ workers are protected under federal law. The court held that Title VII of the Civil Rights Act of 1964 protects employees from being discriminated against based on their sexual orientation or gender identity. Prior to the ruling, it was legal in more than half of the states in the United States to fire workers for being gay, bisexual or transgender.

Megan Paquin, APR, is vice president of Poston Communications in Atlanta, a PR firm that serves as communications counsel for Bostock. Along with Bostock himself and his legal counsel, Tom Mew of Buckley Beal, Paquin was a panelist on PRSA’s Aug. 26 webinar “LGBTQ Workplace Discrimination: The Road to the Supreme Court,” part of PRSA’s ongoing Diverse Dialogues series.

Helping tell Bostock’s story “was a unique communications challenge because of the patchwork of laws that existed in our country [at the time], where you could be fired in some places simply for being who you are, but not in others,” Paquin said. “It was clear to us that there was an awareness issue at play” in a matter of public concern.

To start the campaign, Paquin and her colleagues built a communications plan based on what they knew about the underlying case, and helped prepare Bostock to communicate “publicly about something that happened to him personally,” she said.

Working with a former investigative correspondent for NBC News, Paquin and her team gave Bostock and his legal counsel in-depth media training “to make sure that they would understand what it was like to be in front of the camera,” and how to convey emotions “in a way that people could really understand and [thus] humanize the issue.”

For the PR team, a pivotal moment arrived when they sat down with reporter Adam Liptak of The New York Times. “He really got it,” Paquin said. Liptak understood how workplace discrimination against LGBTQ individuals “was impacting people all across the country.” After Liptak’s story ran on the front page, “things started moving really quickly,” Paquin said.

She and her colleagues worked together with their “great communications partners at the American Civil Liberties Union, which I just can’t say enough wonderful things about,” Paquin said. The Supreme Court press corps was “wonderful and collegial” in its coverage of the story, she said.

“As public relations professionals, we really need to lean into this type of communication and make it a part of our daily conversation,” Paquin said of workplace discrimination and other social issues. She urged PR pros to feel empowered and to “be the person at the table saying, ‘This is wrong, and we need to speak out about it.’”

Del Galloway, APR, Fellow PRSA, senior vice president of communications for Wells Fargo’s Atlantic Region and chair of PRSA’s ICON 2020 on Oct. 26–29, moderated the webinar. “Public relations has the potential to have an incredible impact on issues like this, and many others,” he said.