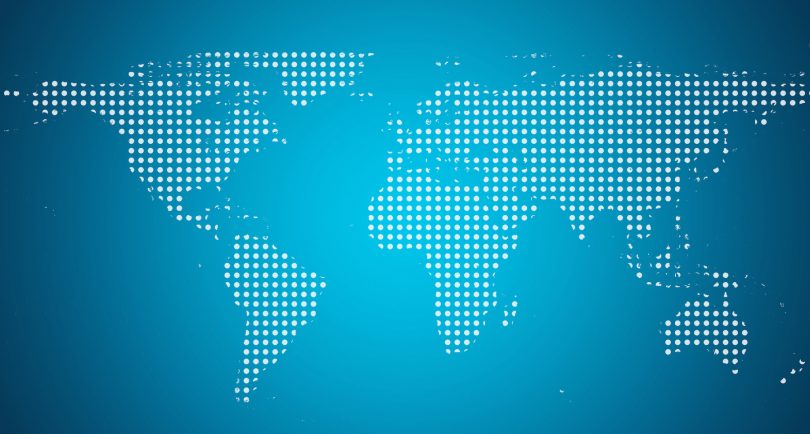 Quentin Langley, chair of PRSA’s Global Affairs Committee, teaches PR, marketing and journalism at the Fashion Institute of Technology and at Fordham University, both in New York City.

We asked him how recent events have influenced international perceptions of the United States and its brands, and how the COVID-19 crisis has affected global communications.

How have companies and institutions outside the United States responded to the police killing of George Floyd in Minneapolis?

The scale of the reaction has been remarkable, with many in countries around the world expressing outrage at the killing of George Floyd but also reassessing their own histories.

For example, in the U.K., the port of Bristol, which was once a key point on the triangular trade route in slaves and cotton, saw demonstrations and the tearing down of a statue of Edward Colston, who was a wealthy merchant in the slave trade who later became a philanthropist and built schools that still bear his name. An artist there recently replaced that statue with one of a Black Lives Matter protestor from Bristol.

There are banks in the United States and Europe that helped finance the slave trade, and which still exist today. The Bank of England, Barclays and Lloyd’s of London are among London’s oldest financial institutions to recently apologize for or acknowledge links to slavery.

Universities around the world are also addressing these issues. In the United States, Georgetown is seeking to track down the descendants of slaves the university once owned to pay them reparations. In early July, City University in London’s financial district dropped the name Cass from its business school because of the link to an 18th-century merchant and proponent of slavery.

The Black Lives Matter movement is reinvigorating calls for these changes. These issues are not going away.

How can communicators influence the conversation on racial equality?

Global brands face increasing pressure to take action over racial equality after the death of George Floyd. All sorts of organizations need to be part of this conversation on systemic racism.

Organizations in different countries are taking stances on social issues that make sense given their various publics. The conversations must be authentic and backed up by action. Bank of America pledged $1 billion over four years to fight economic and racial equalities. PepsiCo CEO Ramon Laguarta committed $400 million over five years to “to lift up Black communities and increase Black representation at PepsiCo.”

How is the COVID-19 pandemic affecting the way that global companies communicate?

Many global organizations have had to think regionally in this crisis, and their messages have had to be tailored regionally as well. Parts of the world were hit by the coronavirus at different times and with different degrees of severity.

As for how this has affected the way companies communicate, in Japan, the pandemic brought an end to the lavish annual in-person shareholder meetings this year. For the first time, many Japanese companies hosted the meetings online — often with English interpretation. Analysts have said that this will provide a broader group of foreign investors with access to information and management presentations — and more direct access to CEOs.

From a technical standpoint, the shift from face-to-face interactions to videoconferencing tools such as Zoom means that PR practitioners in smaller markets can now compete for global business. Proximity to a hub airport is not a driving factor anymore.

What issues are now top-of-mind for executive members of PRSA’s Global Affairs Committee, and how might they affect the programming that you will offer to members, Chapters or Sections?

We have long been trying to understand the international perceptions of America. How people in other countries see Americans directly affects the way they see American brands, which are trying to appeal to global audiences.

There are a lot of things that make up the image that people in other countries have of America, including brands. People around the world have grown up with Coca-Cola and Disney. They have seen their lives transformed by Microsoft, Apple, Facebook and Google.

News from the United States is global news, and the disturbing eight and a half minutes of George Floyd’s death has certainly shaped the way that people see the United States. But we should not forget that police brutality is neither new nor confined to American shores.

This is the age of radical transparency. It is no longer an option or a strategy. It is simply the way things are.