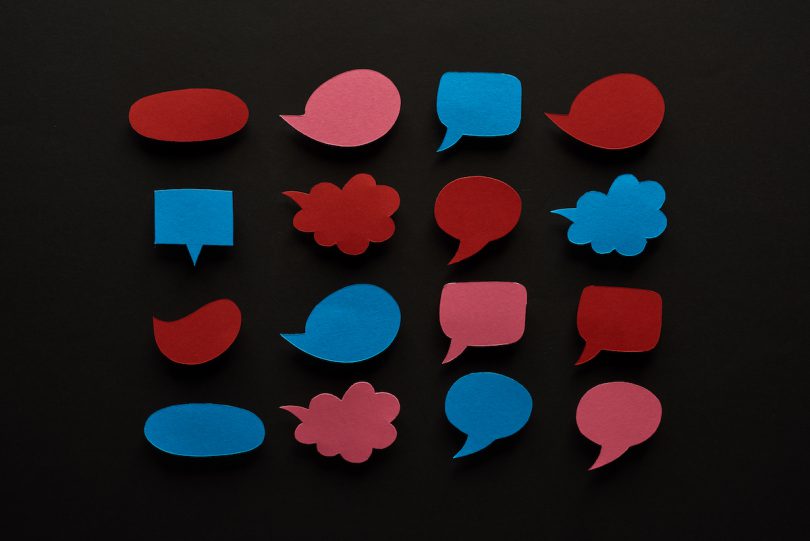 Each September, PRSA celebrates Ethics Month, featuring programs presented by the PRSA Board of Ethics and Professional Standards (BEPS). This year’s theme is “Ethics Every Day.” Please join the discussion via #PRethics, and follow along with our ethics-related blog posts, webinars and Twitter Chats throughout the month.

It’s not uncommon to see and hear the term “hate speech” in 2019. The fact that it exists cannot be argued, but the larger question is, what exactly constitutes hate speech?

The answer is three-dimensional.

The guiding force for legal cases involving hate speech is the First Amendment of the U.S. Constitution: “Congress shall make no law respecting an establishment of religion, or prohibiting the free exercise thereof; or abridging the freedom of speech, or of the press; or the right of the people to peaceably assemble, and to petition the government for a redress of grievances.”

The most recent case at the U.S. Supreme Court which explicitly addressed hate speech, was its decision on Matal v. Tam, a case involving a band wanting to trademark a name that was likely disparaging toward “persons of Asian descent.” The 2017 ruling defined it this way:

“Speech that demeans on the basis of race, ethnicity, gender, religion, age, disability, or any other similar ground is hateful; but the proudest boast of our free speech jurisprudence is that we protect the freedom to express the thought we hate.”

In other words, speech can be deemed hateful but even hateful speech is protected by the First Amendment, and is therefore not illegal or unconstitutional.

What about speech that incites violence?

Speech that may incite violence is judged against the “incitement” standard. This is akin to a situation when someone shouts “fire” in a crowded theater, causing a stampede that leads to injury or loss of life in the ensuing panic.

The U.S. Supreme Court weighed in on the incitement issue in several cases, from Brandenburg v. Ohio to Hess v. Indiana. In these cases, someone was accused of making statements that were seen as inciting violence. But as the American Civil Liberties Union (ACLU) pointed out in its writings on this, the court ruled consistently that the government cannot punish inflammatory speech unless it intentionally and effectively provokes a crowd to immediately carry out acts of violence.

If the courts and the legal experts are reluctant to provide a definition for “hate speech” that warrants action, then how do we in the PR profession address the issue?

The current standard is there is no standard. At the moment, the arbiters are the owners of digital media platforms, activist organizations or are producers and editors in newsrooms.

As internet companies have adjusted their rules and practices, new questions have emerged that center on what those organizations are doing to ensure their new standards are applied fairly and consistently across the board.

Sometimes, the line between speech that may offend and true “hate speech” becomes blurred. However, the less sparing we are with calling something hate speech, the more often the real meaning of the term gets diluted.

While hate speech almost always offends, not all speech that offends is hate speech. Within PRSA, it’s possible that on any given issue, you’ll find two members in good standing both in opposition to the other. Two people, who under the protections of the First Amendment and all other guidelines, should be able to engage in a spirited debate on an issue.

If those members adhere specifically to the portions of the Code of Ethics that address advocacy, honesty, fairness, competition, disclosure, conflicts of interest, and enhancing the profession, then that debate can get heated but never to the point where the speech can reasonably be deemed hateful.

So, here are some takeaways: