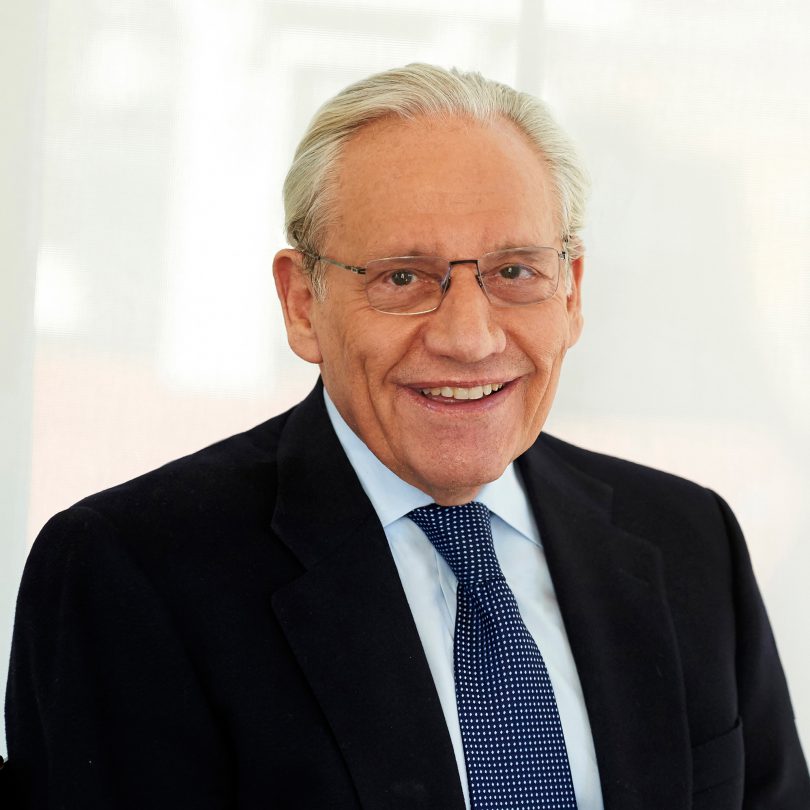 For a reporter who’s made a career out of investigative journalism, it’s clear that Bob Woodward understands what makes a compelling narrative and how to get the “best obtainable version of the truth.”

“It’s a question of figuring out what the story is. Journalism is more cerebral than people believe,” he told PRsay via phone from Washington, D.C. “It’s not just a matter of getting a version and printing it. It’s thinking about it and trying to put events in full context — and that all takes time.”

Woodward, who is an associate editor at The Washington Post, a Pulitzer Prize-winning journalist and the best-selling author of 19 books, will deliver the opening keynote address at PRSA’s 2019 International Conference in San Diego on Oct. 20-22.

After covering nine presidents and breaking the Watergate story with Carl Bernstein in the early 1970s, he has ample advice for working with the media, including his thoughts on “no comment,” pitching reporters and building trust.

What’s your go-to source for news first thing in the morning?

Well, I’m 76, so the first thing I do in the morning is go to the washroom. And one reflection I frequently have is, “What are the bastards hiding?” Everyone — sometimes very intentionally and sometimes it’s just political habit.

I’m old-school and so, I look at my own newspaper, The Washington Post, The Wall Street Journal, The New York Times. But I also look at the aggregators — Axios and Politico — that send out their summary of the news.

The Washington Post is expanding its investigative reporting team. Why do you think these types of in-depth stories are seeing a spike in interest?

You have to start with the reality that lots of people distrust the media. So we have a product that is suspect in some corners and, instead of wringing our hands and railing about how unfair it is, we have to make our product better. You always make the product better by doing more in-depth reporting — get to the bottom of things. Don’t do drive-by reporting, just on the internet or sending emails to people, but go and see them. Showing up takes a lot of manpower, but it pays off.

We need to get what we call the “best obtainable version of the truth.” You can’t get that in an afternoon, or in a week — you’ve got to go for the long inquiry.

What’s your advice for PR pros talking with a reporter who is asking tough questions? Is “no comment” ever a good idea?

You’ve got to explain yourself. The worst position is “no comment,” which means, “I’m not going to answer.” It’s a suggestion that you don’t have a right to ask that question or that it’s not relevant, and that’s a self-defeating posture for anyone.

Do you think PR professionals can also serve as investigative reporters at their own organizations?

Yes. I look and think back to doing books on nine presidents from Nixon to Trump, the Supreme Court, the Federal Reserve, the CIA. The most successful people in explaining their organization and what they’re doing are the ones who dig into it, don’t get defensive, respond completely and answer questions — transparency works.

What are some ways communicators can build confidence and trust among their clients and with journalists?

Do a comprehensive look at what you’re trying to write about. When I do these books — the last book is “Fear: Trump in the White House” — I spend a couple of years talking to people, going back, getting notes, getting documentation. Somebody internally can do that and, occasionally, I’ve had people in the White House or in the Pentagon or elsewhere, who were specialists, say, “Well, what do you want?” I want to know how the President decided to go to war in Iraq or Afghanistan, and sometimes people will help you and let you into that process.

How have you seen the communications landscape, and the role of journalists, evolve? Do you look for sources on Twitter or contact them via email?

Twitter is fine and emailed questions are fine. But I don’t do that. I try to do it in person, show up and spend time. The general approach is to treat people as seriously as they take themselves or take people as seriously as they take themselves. Do research, have time, and don’t do a 45-minute interview and run out. Go in and say, “I’ve got as much time as you do” and want to understand things. It’s kind of slowing the system down as much as possible, and in the internet environment that’s virtually impossible, but you can try.

Do you have any tips for PR pros pitching a journalist?

Do it personally. Canned statements don’t work as well and somebody should talk to the reporter. Call the reporter and ask. “This is what we’ve got. This is why I think it’s important.” Open it up as much as possible.

The opening should come from the people in the organization. It’s not something that reporters should have to pry open, [though] we often do.

What are some keys to telling a good story?

Elements of the unexpected, intimacy, specificity… also tone. You can be tough in what you’re doing, but you want to be as fair-minded as possible.

The tone reporters adopt is very important. It shouldn’t be smug or self-righteous, but as matter-of-fact as possible.

This is the era of communication, so now we all communicate — writers who do books go on television and explain themselves — and it’s important to improve that process, and the integrity and honesty of it.

Pew Research says newsroom employment has dropped 25 percent since 2008. What’s the state of the journalism profession today, and what does the future hold?

Well, that’s not good. We need more journalists and more people trying to get to the bottom of things. But what the future’s going to hold — who knows? I certainly don’t know. I think the question is, improving the product… You can read somebody’s story or see something on television, and you see if they really got into it.

There’s so much media and content coming at us 24 hours a day, seven days a week. How do you break through that clutter to engage your audience?

Have something new that’s convincing and supported, and that’s relevant to what’s going on.

Best advice? Get your ass in gear. Get out of the office, go to the scene and go chase it down.