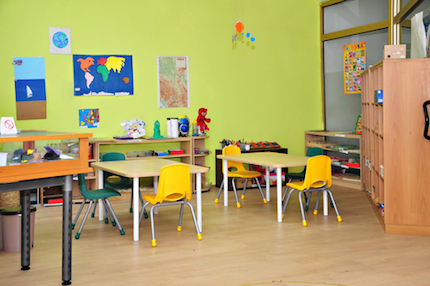 In the late 1980s, author Robert Fulghum published his popular book of short essays, “All I Really Need To Know I Learned in Kindergarten.” The book rose to the top of the New York Times best seller list with more than 7 million copies sold.

While PRSA’s Code of Ethics may not be the inspiration for a New York Times best seller, our Code has many similarities to Fulghum’s simple list of guiding principles we all should have learned in kindergarten.

Throughout PRSA’s Ethics Month, members of the PRSA Board of Ethics and Professional Standards are focusing on the six values that support the PRSA Code of Ethics and urging us all to strengthen our ethical core.

Like Fulghum, PRSA holds “fairness” as one of our core ethical values. Fairness is one of the first things we generally learn early — whether it’s being fair to your little brother and letting him play with your toys, being fair on the playground by taking turns, playing fair in Scrabble or being fair in your treatment of your peers at school.

As we evolve into adults, the playing field changes but the core value remains the same. As described in the PRSA Code of Ethics, fairness means “we deal fairly with clients, employers, competitors, peers, vendors, the media, and the general public. We respect all opinions and support the right of free expression.”

As a public affairs professional who has worked with political leaders from both the Democratic and Republican parties, fairness is close to my heart. Take a look at the PRSA Code of Ethics Provisions of Conduct and you’ll find fairness at the heart of every guiding principle. I’ll touch on just a few.

Free flow of information: As professionals, we recognize that only with a free and fair flow of information can our audiences and customers make informed decisions. It’s easy to provide only one side of an argument while vilifying those who oppose you. Now more than ever, people are hungry for truth — and I know I’m more likely to trust those who are willing to acknowledge and respect differing viewpoints when presenting their case.

Enhancing the profession: Just as a focus on continuing education and expertise helps us build a strong reputation for the public relations profession, fairness is key. We treat all audiences and customers fairly, we communicate fairly with the media and we deal fairly with competitors. With so much cynicism and distrust today, why not lead the way with fairness? Our industry’s reputation depends on it.

Competition: Competition is the principle that relies most heavily on fairness. You hear stories of staffers sabotaging their successors when a new political candidate takes over. Yet so much more often in my experience with my fellow public relations professionals, we do the right thing, the fair thing, over and over. When Washington’s Republican attorney general announced his candidacy for governor in 2012, we all knew one thing for sure: We were going to have a new attorney general. Our entire office came together and developed transition materials for both candidates — including a 30-60-90-day communications plan — so when we welcomed our new Democratic attorney general, he enjoyed a smooth — and fair — transition.

Fairness seems so easy — just make sure everyone is treated equally, give every group the same respect and opportunity, tell the truth and play by the rules. Yet when political passions, company loyalties and sheer emotion come into play, keeping a focus on fairness can be a challenge.

Just as maintaining a strong physical core requires dedication, focus and even some pain, strengthening your ethical core is hard at times. But when difficulties arise and your reputation for fairness is at risk, you’ll be glad you did.