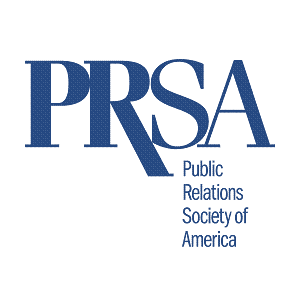 Fact: In both of the past two years, PRSA has had more than 20 candidates run for a single at-large seat on our National Board, while at the same time we’ve been unable to source a full slate of candidates to compete for other open positions.

How can this be? Why would we turn away so many highly qualified and active candidates, while at the same time allow ourselves to struggle to find volunteer leaders for other positions? Below is a brief history lesson that explains why this is happening and what needs to be done at the upcoming PRSA Leadership Assembly (Oct. 7 in Boston) to solve the issue.

At present, the PRSA National Board has a geographic representation model. This decades-old model reflects the profession during a time when many communications pros were generalists and tended to define themselves by where they lived. At that time, it was appropriate for the PRSA National Board to be comprised of professionals representing a cross-section of geographic regions — hence the creation of the current representation model.

In the decades since then, the profession has changed dramatically, with many communications pros now primarily defining themselves by area of specialty. Additionally, in an era when digital and social media have lifted geographic constraints, and with companies broadening their reach and our members moving to different locations throughout their careers, the locale in which a communications professional is based has become one of a number of factors that shape an individual’s professional background and perspective.

Taking action to modernize the Board representation model

I applaud 2017 PRSA National Chair Jane Dvorak, APR, Fellow PRSA, the Board of Directors and the Governance Committee for their effort to update the Board’s representation model. At the upcoming 2017 PRSA Leadership Assembly, the Board will propose a strong slate of bylaw amendments that includes a recommendation for the geographical identifier to be removed and all candidates be selected at-large for director positions. Two questions that must be addressed immediately:

It is my firm belief that this update to our representation model is critical to the long-term future of PRSA. In recent years we have received an overflow of interest in National Board service from highly capable members who do not fit the current geographic governance framework.

By continuing to ignore the clear and consistent message that we are hearing from these members, we risk mortgaging PRSA’s future. If these talented, capable leaders cannot find representation at PRSA, then we must be prepared to face the reality that they will eventually look elsewhere.