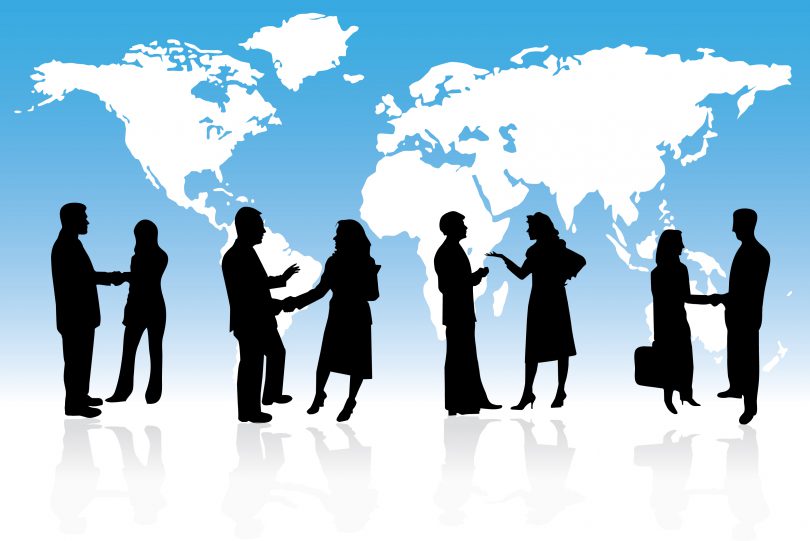 A major force is sweeping the world, and organizations must come to grips with it if they wish to make their case to a skeptical public.

The gulf is growing between the mass population and the elites in all fields—business, government, the news media and non-governmental organizations, says Richard Edelman, chief executive of the communications marketing firm bearing his name.

Two-thirds of those surveyed distrust these institutions, a figure that doubled over the previous two years, he says in a Ragan Training video, “Engaged Leadership in the Age of Populism.” He cites figures from the 2017 Edelman Trust Barometer, an annual global study.

Yet dovetailing this collapse in trust is a trend that suggests a growing role for social media and employee ambassadorship: an increased reliance on peers.

The collapse in trust isn’t just happening in the United States, where President Donald Trump has waged war on news media outlets and traditional elites. The change is worldwide, and the halo is fading even for NGOs, which previously had the highest reputation of any sector.

“That is problematic like crazy,” Edelman says, adding, “The elite thinks things are going very well, and the mass population thinks they’re getting screwed.”

Trust levels are down worldwide by an average of more than 10 points. In Japan—a country long known for its deference to leadership—trust is down 18 percent. Participants citied recent factors such as the global recession, globalization and job-threatening automation.

The folks with press cards tucked in their hatbands didn’t escape criticism. One big story of the trust barometer this year is the deterioration of news organizations, Edelman says. The survey indicates a widespread sense that news outlets aren’t getting the local story because of constricted economics.

“The media is also now an echo chamber,” Edelman says. “It is a world of self-reference.”

The survey also offers bad news for those hoping to solve the problem through robust thought leadership—brushing the dandruff from the CEO’s shoulders and pushing him or her out in front of TED audience. Only 37 percent regard CEOs as credible or very credible. If your boss is a government official the news is even worse, with only 29 percent rating that sector as credible.

In part, the distrust of CEOs relates to compensation. Yet there is also “disappointment that CEOs didn’t step up and step into answering social issues,” Edelman says.

Another surprising development is that the public sees Google and Bing as more reliable than human editors. The “average Joe” is more likely to believe a search engine (59 percent) than an editor (41 percent).

Personal bias also creates a filter that ghettoizes the consumption of news. Right-leaning people are more likely to get their news through a source such as Breitbart, while those on the left tune in to MSNBC.

Fifty three percent do not regularly listen to people or organizations with whom they disagree, Edelman says, and 52 percent rarely or never change their position on societal issues.

“I just give it to you as a sense of deep polarization from the institution that historically has been the watchdog for democracy,” he says. “People don’t have confidence in media.”

The rejection of authority—including the news media—means that for most of those surveyed, “the most credible person today is a person like yourself,” Edelman adds.

The actions of business can also stoke fears:

Among sectors of the business world, technology is the most trusted (76 percent are apparently willing to have Facebook’s Mark Zuckerberg babysit the kids), financial services the least (54 percent probably wouldn’t lend a twenty to anyone from Goldman Sachs).

Even technology, however, has grounds for concern. “Most people do believe that technology companies are a little slippery about use of data, that you don’t really behave ethically with the use of it,” Edelman says.

What must companies do to earn more trust? Here are a few points the survey unearthed:

For those with brand ambassador programs, there was this ray of light: “Employees are the most credible source of information across every aspect of a company’s operation,” says Edelman.

RELATED: Get new strategies to build coverage and trust at the PR and Media Relations Summit in New York