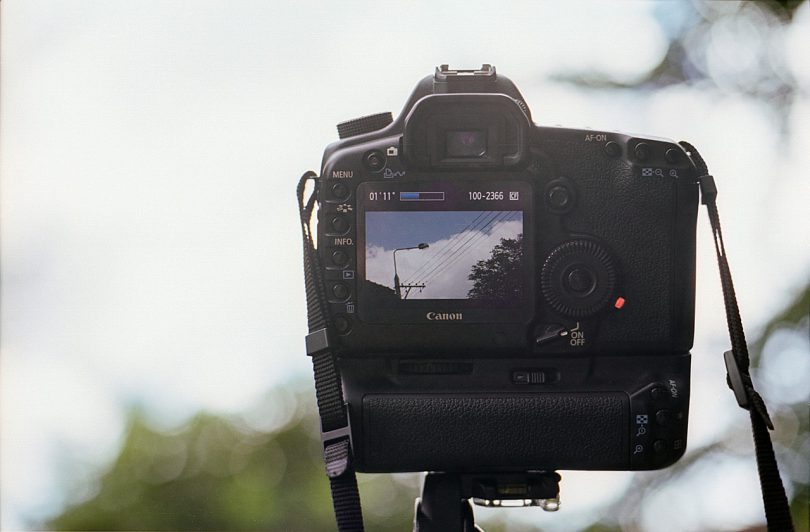 If you use the internet frequently, you will probably say that pictures and videos are an important part of the experience. But just how important are they? The internet is, after all, an entity that knows no borders, connecting the world 24/7. It is a global phenomenon and the trends occurring digitally are relevant to every user, whether in America, Europe, Asia or elsewhere.

To achieve a better understanding of multimedia’s impact on the internet, we organized a discussion group and invited some of the leading experts in the field. It is especially interesting to note that the event took place in Frankfurt, Germany, because the insights presented were universal to all those who access the internet. Their observations of current trends brought on a new perspective to the topic for all those present.

The emergence of pictures and videos on the web

At the beginning of the panel, Norbert Streitz remarked that the internet mainly used to consist of texts that were connected via hyperlinks which lead from one website to another and created something like a so-called ‘real net’. The number of pictures was fairly low and didn’t start to grow before the emergence of the high-speed internet. More speed over time also created the possibility to include videos. However, he sees videos as a linear medium, which goes against the original idea of the hyperlinked internet.

Nonetheless, most of the panelists emphasized that the emergence of pictures, videos and other multimedia elements was an important step forward in the evolvement of the internet: In the beginnings, the text based internet did not offer much capabilities to make a text stand out. With the appearance of pictures, more choices were available for composing content. In many cases, a picture can function as a preview of the textual information. A country flag, a celebrity or a picture about a car crash for instance, can already give cues what the news would cover. The recognition value that images create, do not only generate more awareness but also induce users to read a text. The same can be said about social media, where a picture often functions as a call-to-action. As Christian Salow explained, an image gets more likely noticed than a text and animates the user to click on it which then leads him to an external website where the original textual information is based.

We also learned, that the color of the picture is of vital importance and can lure a user to read a text. Colors are associated with different emotions, or feelings. Christian Salow’s website altii.de mainly reports on financial matters and he noticed that blue creates trust and people are more inclined to read a text in a layout with pictures that are mainly blue. Dieter Moritz asserted to this, and added he noticed that the color red has the opposite effect. Especially on financial web sites, the color red creates a sense of danger, or warning. As no businessman or broker wants to be in the red, these articles are less read than texts that come with pictures in other colors. Sophie Schueler, added to the discussion that images are also helpful in making online communication more personal. When you see a face or a facial expression in an image along with textual information, it tends to reinforce the tone of the message. A strong image can influence the consumer’s opinion about a matter as it triggers emotional responses. Videos are often even more effective in triggering emotional responses because of its sound. Words become more powerful when spoken than when they are static. The tone of the voice, the way words are pronounced or the volume can affect the consumer’s behavior and the way he feels about the story.

Some sectors have not fully embraced the visual age yet

Even though visual communications seem to have been accepted as normal by now, there are sectors that still struggle with the idea. In the financial sector for instance, visuals are still not common practice and there are plenty of business professionals out there who are hesitant to implement them in their news. Traditionally, financial news have been less wrapped up with creative videos or fancy images. Nevertheless, the attitude towards the use of multimedia in this sector is slowly changing as both experts, Christian Salow and Dieter Moritz, who are leading financial media, pointed out that images are helpful in motivating the reader to engage longer with the content. Christian Salow added that financial information can be quite somber so images and videos are useful to visualize information and to enliven technical themes. Infographics for instance, work very well for illustrating statistics and other technical content. The creative format of infographics also help to steer the consumer to look at data, which would have been otherwise more easily overlooked. It seems, the importance of images and videos are finally getting recognized in a sector, which has been long dominated by numbers and textual information. On top of that, Dieter Moritz stressed that pictures have not only become increasingly important online, but also for financial print media. Not necessarily as a standalone medium, but in combination with technical information.

We know that using images and videos has many advantages but they should be relevant. If visuals are only used because everybody else is using it, then the story loses its point and overkills the message. Too many images can be confusing for the reader. Instead, media outlets should build trust through providing informative and relevant messages. Dr. Dr. Streitz, who evaluates the importance of images and videos from a different angle added that factual text would also be effective without multimedia content. It is questionable whether images or videos would add additional quality to text-only news. Textual content is often more objective and factual. He argued that pictures or videos do not always provide more information than text-only news. They can be interpreted in many ways and be sometimes misleading. Text-only news however, do not give as much space for interpretations but can help the reader to gain a clearer understanding of the matter. Before adding pictures and videos, one should first think about what value they add to the message.

Many of the PR and marketing professionals who attended the Business Wire media event thought that the right mix of multimedia and text would be important. Marketers should not discard text-only news but add it to images and videos in a targeted manner. Lastly, as Dr. Dr. Streitz indicated, one should not come to expect that media only informs, but it also entertains. In this regard, videos and pictures certainly enhance text-only news.