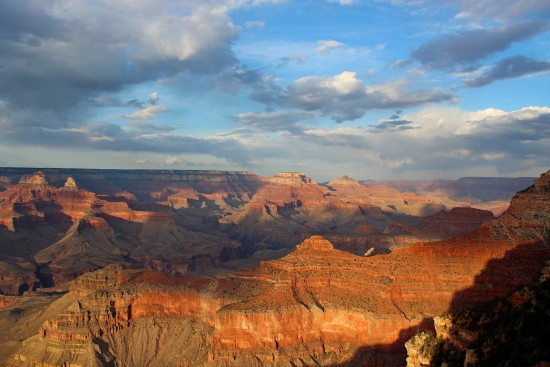 It is really easy for us to seek talent from schools and university organizations we already know. It’s the comfortable thing do to. It is more difficult to go out of our comfort zone and seek out talent that doesn’t resemble what we’ve always recruited or attracted to our agency.

But the rewards of venturing into the unknown with the Golin Unternship have been incredible.

Launched last year, the Unternship is an unconventional internship program where one college graduate takes on real-world experiences outside the confines of the office (paid by us), followed by a guaranteed job upon return.

Golin’s first Untern was Akinbola Richardson. He hiked the Grand Canyon, spent 10 days at a silent retreat, lived with the Amish, climbed the tallest mountain in Hawaii and built homes for the less fortunate in New Orleans. Today, he works in our Dallas office as a creative associate, collaborating on written content development, campaign conceptualizations and video production.

We never would have found a talent like Akin through the traditional recruiting process.

Programs like the Unternship are critically important for innovation and creativity. When we shop for talent at the same places and recruit at the same schools, we find similar backgrounds and experience that ultimately limits our ability to think outside the norm.

The Unternship itself is an unlikely experience, and so is the application process. From now until Jan. 29, recent and soon-to-be graduates can apply for this year’s Unternship. The top 15 candidates will shoot a video, and the top three finalists will attend in-person interviews at our Chicago headquarters. As part of last year’s in-person interview, the candidates were given $40 and two hours to document an improvisational experience on the streets of the Windy City, with a film crew following their unlikely adventures. This year’s finalists will face another improvisational challenge.

To discover incredible talent, we’ve intentionally gone beyond the paper version of the person with this unconventional application process. Now, we get to see a 3-D version in action, getting a clearer understanding of how they express their creativity, love of communications and leadership. This dimensional application process allows us to get to know someone very quickly and learn why and how they would add value to our agency.

I’m proud to say today that all three of last year’s Unternship finalists now work for Golin, along with other candidates who participated in the program. Because we have had multiple experiences with them compared to the traditional interview process, the probability of their success is higher since we have had more opportunities to get to know them and them us.

The Golin Unternship was a test for us – one that has been extremely successful. We now have a growing roster of incredible talent producing some amazing work. And being comfortable with being uncomfortable is something that has made our agency much stronger.

Pamela Culpepper is the Chief People Officer at Golin.