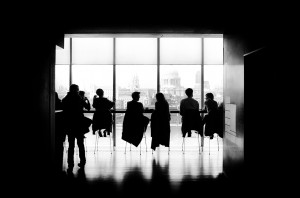 One of the classic definitions of being a volunteer is doing work you don’t get paid for.  If that’s the case, then I’m not really a PRSA volunteer.  The fact is, I get paid – and generously – for my so-called volunteer work for PRSA.  And it’s been going on for years.

How did that happen?  It goes back a few decades to my first experience as a PRSA member.  I’d moved from the Midwest to the East Coast, I was in a new job, and my boss suggested that I join PRSA.  That was easy – and the company was covering membership dues.  Then the forces aligned:  I changed jobs and became head of a tiny office (me and one other person).  I began to take greater advantage of the networking that my local PRSA chapter offered.  I needed more colleagues to try out ideas with, and to learn new skills and strategies from.  I was quite happily perched on the “taking” side of the PRSA member experience.

Then the chapter president-elect asked me to serve a volunteer role of chair of the education committee, working primarily with PRSSA chapters at area colleges and universities.  Since I was working for a college at the time, it seemed logical.

So began my volunteer career with PRSA.  Being on the volunteer side, to my surprise, actually resulted in my “taking” more than I could ever “give.”   The rewards were immediate and long-lasting.   I discovered the joy of working with students and public relations faculty and the strong role public relations education could play in shaping the future of our profession.

My early volunteer stint was paying off in other ways, too.  Sitting on the chapter board, I had a chance to work closely with talented colleagues who provided friendship, support, and good advice.  They gave me insight into other aspects of our profession and other job opportunities.  Soon I was taking other volunteer responsibilities and, along the way, widening my network and gaining critical leadership skills.  I was hooked – volunteering was remunerating me in countless ways, professionally and personally.  An important realization dawned: I was, indeed, being richly compensated for my “volunteer” responsibilities.

Voluntarism, as it turns out, is addicting – the more you do, the greater the benefits you receive.  Moving into national leadership became the ultimate enriching experience.  My work with PRSA has introduced me to the most amazing people I could ever imagine as colleagues, around the nation and around the world.  My faith in our profession has been renewed on an almost daily basis by contact with fellow professionals in corporations, non-profit agencies, community organizations, education, and other areas who share a commitment to ethics and excellence in our field – and by our students, the leaders of the future.

My early introduction to volunteer work in the area of public relations education has also continued to pay dividends.  Just a few days ago, I had the privilege of serving on a team of fellow professionals judging the pitches of college sophomores for potential internships.  I read cover letters and resumes and heard presentations about the talents these young men and women could bring to their professional employers.

Not surprisingly, I learned a lot about the latest in social media and some very clever and insightful new ways to communicate effectively with target audiences.  Once again, I got a free education (and an exhilarating start to my day).

The evidence is clear: volunteer work for PRSA is the best-paying job you’ll ever get.  I don’t have any plans to give up this lucrative gig.  I have to keep on giving to have any prospect of even coming close to matching what I take from the experience.  Become a PRSA volunteer – have fun and reap the profits.

Judith T. (Judy) Phair, APR, Fellow PRSA, is president of PhairAdvantage Communications, LLC, an independent consulting firm founded in 2002.  She is a seasoned public relations executive with extensive experience in strategic planning, branding, global public relations and marketing, media relations, fundraising, and legislative relations. Judy served as President and CEO of the PRSA in 2005. In October 2010, she received PRSA’s highest individual award, the 2010 Gold Anvil. In late 2013, PRSA’s largest chapter, the National Capital Chapter, inducted Judy into its Hall of Fame. Earlier, the Maryland Chapter of PRSA honored Judy with its Lifetime Achievement Award, and her work has been recognized with numerous other awards in public relations, publications, marketing, and crisis communications.