When I check my personal Facebook feed, I’m frequently reminded of my PRSA “family” – because I’m friends with so many fellow PRSA volunteers on Facebook.

These friendships go back many years, starting with my work in establishing a PRSSA chapter at the university where I taught at the time. As a result, I was invited to run for my local PRSA chapter board as an Assembly delegate – a great experience on two levels, because I dived into my  local chapter’s activities and also met terrific people at the PRSA Assembly (Mark McClennan, are you reading this?).

Through my volunteer work as an Assembly delegate, I learned so much about PRSA national as well as other chapters, districts, and sections. I didn’t know that PRSA had districts until I attended the Assembly, but I quickly learned that my district was, and still is, very active. And once again, I met wonderful PRSA volunteers at PRSA events – which led to an invitation to become chair-elect of my district, and then district chair the following year. 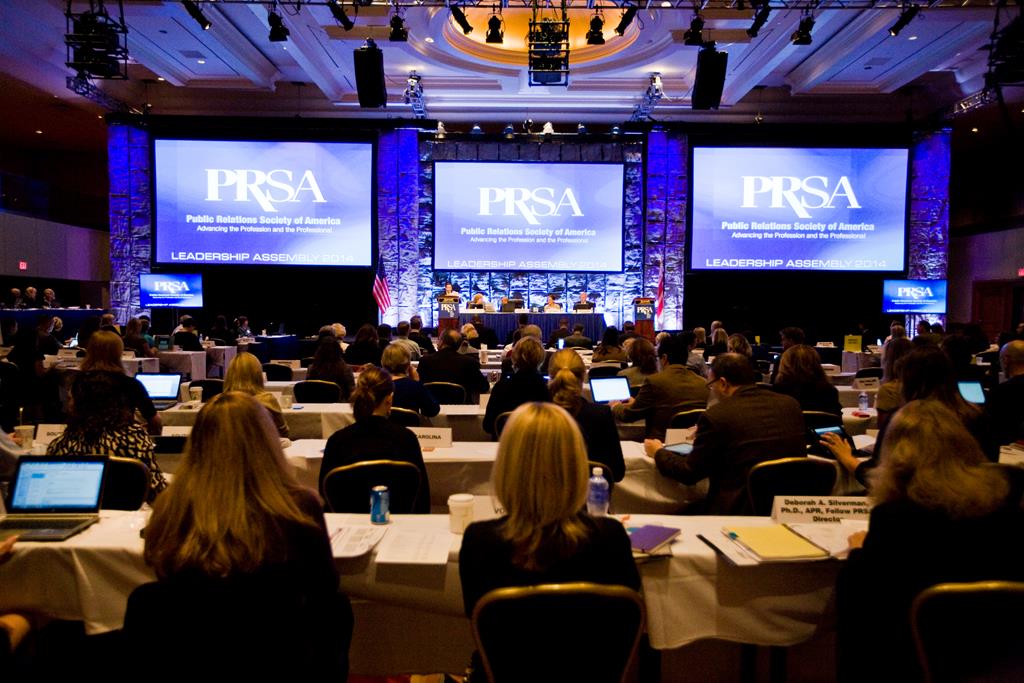 My year as district chair was particularly memorable because our plans for the district conference fell through, so I asked my chapter if it would consider hosting the district conference. The answer was yes – provided that I would chair the conference committee! I did, and discovered that I had a stellar team of chapter PRSA volunteers to help me. We had a record turnout and terrific programming at that conference, thanks to that outstanding team. Since then, all of them have gone on to volunteer for PRSA at the chapter, district, or section level.

During that same year, PRSA National asked  if I’d be interested in running for the PRSA national board of directors. So I did, and was elected as a director-at-large. I served two years on the board at the height of the Great Recession. I met more great volunteers – Mike Cherenson, Gary McCormick, Gerry Corbett, Mickey Nall, Tom Eppes, Jeff Julin, and Dave Rickey among them.

When my term as a director ended, I was in PRSA withdrawal, but not for long. Rosanna Fiske called to ask if I’d serve a three-year term on the Board of Ethics and Professional Standards, something right up my alley because I’ve been presenting ethics workshops to PR students and PRSA members for years. It was another exciting volunteer experience! BEPS is our ethics think tank – a thoughtful and hard-working group of professionals. Six months after I began my term on BEPS, Rosanna Fiske called again (on the very day that I received tenure at my current college) to ask me to chair BEPS, which I did for the next two and a half years.

In addition, I volunteered as PRSA’s representative on the Commission on Public Relations Education, helping to write the Commission’s report on standards for graduate education in public relations; as a Silver Anvils judge, which gave me valuable insights on the Silver Anvils cases that I use in my PR classes; and as a PRSSA faculty advisor at my current college.

I also had the satisfaction of seeing my own daughter, Beth, become a PRSA volunteer as secretary, Assembly delegate, and e-communications committee chair for our chapter; and several of my former students joined our local chapter as active volunteers. Their hard work as PRSA volunteers has been noticed; my daughter received the chapter’s Rising Star Award two years ago, one of my former students won the award last year, and another one will receive the same award this year.

After my term on BEPS, I wanted to return to the PRSA Board; I was elected as a director-at-large for two more years with more wonderful volunteers like Joe Cohen and Kathy Barbour. I’m there now, still volunteering – and still loving it.

So why do people volunteer for PRSA? For me, the answer is simple: I love giving back to the public relations profession, which has been my professional “home” since I was 22 years old. Beyond that, I have found that my volunteer work with PRSA has opened doors for me professionally – the networking opportunities are priceless. I’ve had many conversations with PRSA volunteers that have enriched my knowledge of the PR profession, which I take back to my classroom. And I have created my second “family” – my PRSA family. Like other families, we have our family reunions at the PRSA International Conference, Leadership Rally, and other PRSA events, and of course, on Facebook and other social media – so many good times!

So if you’re looking to enrich your career, make new friends, or give back to the public relations profession, consider volunteering with PRSA. There are so many volunteer opportunities. As I discovered, you could be in for the experience of a lifetime!

Deborah A. Silverman, Ph.D., APR, Fellow PRSA, is an associate professor of communication at SUNY Buffalo State and faculty advisor to its PRSSA chapter.