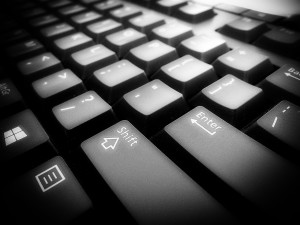 In June 2014, comedian John Oliver promoted a segment of his HBO show with the following teaser:

“Cable companies are trying to create an unequal playing field for internet speeds, but they’re doing it so boringly that most news outlets aren’t covering it.”

Oliver’s comedic dive into the arcane world of policy wonks – with a clip of a hearing he described as “boring even by C-SPAN standards” – creatively dumbed-down the inside-the-Beltway faceoff between Silicon Valley heavyweights and entrenched cable and telecom service providers. The segment not only led to viral social media activity and mass media coverage, it raised the hackles of his fans when he urged them to bombard the FCC.gov website with comments to “save the internet”. There were reports that the FCC site had actually crashed from the onslaught.

After the FCC vote on February 26, Oliver claimed credit for its decision to prohibit broadband access providers from discriminating against web service providers like Netflix and Amazon, who rely on high-speed internet access to offer competitive on-demand video streaming to the home.

While only gaining public scrutiny recently, Net Neutrality is a long-familiar issue for some practitioners within two of PRSA’s professional communities – the Public Affairs & Government and Technology Sections.  These members have worked on behalf of stakeholders on all sides of the dispute; if anything, their activity has only intensified since February 26 as the likes of AT&T are threatening court action.

How we got here

President Clinton signed the 1996 revision of the earlier 1934 Telecommunications Act at the infancy of the World Wide Web. This was two years before the founding of the Google, and only two years after the introduction of Netscape Navigator as a simple browser of internet sites. At the time, no one fully appreciated the internet revolution over the ensuing 19 years. The law created a distinction between old style telephone service – appropriate for heavy-handed regulation as a matter of national interest and public safety — and an unfettered new class of “information services” that would spur innovation and economic growth. In its latest interpretation of this law, the FCC now equates broadband access equally for telephone and web traffic, disallowing access providers from blocking or throttling traffic or giving priority to Web services, even if, as Netflix has done, they pay for a “fast lane” to its servers.

Over the past two decades, broadband providers were perfectly happy to keep the FCC out of their crosshairs as they consolidated their franchises to deliver what is now referred to as “multi-screen” services, encompassing news, entertainment and internet access alongside regulated voice services. Running capital-intensive networks is a tricky business, they say, and government intervention will only stifle innovation. GOP presidential candidate Jeb Bush spoke for many who are opposed to Net Neutrality, calling it “one of the craziest ideas” according to Time Magazine. “Just think of the logic of using a 1934 law that was designed when we did have a monopoly for wire-line service as the basis to regulate the most dynamic part of life in America. It’s not going to be good for consumers. It’s certainly not going to be good for innovation.”

What’s left mostly unsaid by the cable and telecom service providers who want to maintain the status quo is the shift in viewer sentiment, especially among so-called “cord cutters” who either can’t afford or are unwilling to pay ever-increasing rates for arbitrary pre-set bundles of TV channels.  In a national survey, most of these providers have seen a decline in customer satisfaction. The proposed merger of behemoth Comcast and Time-Warner Cable will do little to stem the tide of desertion, especially among younger customers who increasingly look to iPads and other mobile devices to consume content, including exclusive original movies and series from Netflix and Amazon.  The broadband operators are slowly coming around by rejiggering their business model with on-demand offers that allow their customers to time-shift their viewing, including the scheduled programs from over-the-air broadcasters.

The FCC has characterized the Feb. 26 vote as setting “sustainable rules of the roads that will protect free expression and innovation on the Internet.”  It says that regulation is limited to setting a minimum standard of 25 Mbps (megabytes per second) for downloads and an upload speed of 3 Mbps. Chairman Wheeler noted at this year’s Mobile World Congress that the FCC is not imposing any rate regulation or old-style tariff requirements.

Considering that a previous standard for a “broadband’ connection had been a minimum speed of 4 Mbps for downloads , and 1 Mbps to upload,  Net Neutrality opponents are not buying into the FCC claim that the new rule will “promote investment in the nation’s broadband networks.”   On the contrary, they assert it will stifle investment.

Along with industry groupings, they are leveraging all their resources and political connections to beat back the FCC’s reinterpretation of the 1996 telecom act.  The Washington Post reported that a bill introduced by Rep. Marsha Blackburn (R-Tenn.), exclusively supported by her GOP colleagues, would completely gut the FCC decision.

Neither FCC Chairman Tom Wheeler, nor the proponents of Net Neutrality, are backing down.

The upshot for PR pros?

With due credit to boxing announcer Michael Buffer, let’s get ready to rumble. Lots of work ahead for all the combatants.

Stephen Loudermilk is Global Director, Media & Analyst Relations, LexisNexis Risk Solutions, where he is responsible for developing and executing communications strategy for the company via key influencers through various traditional and social media channels.  He specifically handles media and analyst relations responsibilities for LexisNexis Risk Solutions’ Business Services, Government and Healthcare business groups.  He’s also responsible for developing corporate reputation and CSR programs, reputation management strategies and dashboard reporting and metrics to elevate the company’s brand and share of voice in the market.

Sam A. Gronner is an independent strategic communications counsel exclusively serving established technology firms and startup innovators. As Principal of Gronner P.R. Associates, LLC  he has devised and implemented B2B public relations programs for clients ranging from multinationals to entrepreneurial firms at the bleeding edge of disruptive technology – including semiconductors, software, nanotechnology, mobile networking and applications. Prior to founding Gronner P.R. Associates in 2001, Sam gained his expertise in technology at AT&T and its 1996 spin-off, the former Lucent Technologies, where he last was responsible for the internal and external communications functions at Lucent’s mobile networks business. Follow Sam on Twitter @gronnerpr.