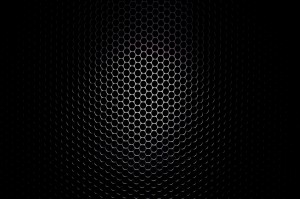 I became an OC-PRSA Diversity Co-Chair in 2009, during the era of “Hope and Change.” The country’s first African American president had recently taken office, and the nation was experiencing many other events that brought diversity to the forefront of the public eye:

In similar reference to the last point above, the late 2000s also brought forth a need to develop workforce talent and retention strategies that placed an emphasis on inclusion, as opposed to interests in satisfying diversity employment gaps. I believed that this period of time also served as the breakthrough years for my desire to be included and respected as a valued PR professional, rather than being previously marginalized as a black PR professional or favored diversity hire.

At the time, I was an Account Executive for a boutique PR agency specializing in high-tech startups. Here I was, a black woman trying to prove her “street cred” on behalf of a minority-owned firm within the largely [white] monochromatic and male-dominated information technology industry.

Needless to say, my stint representing clients at this firm was hardly a cakewalk. I was propositioned by tipsy CEOs of competitors’ companies at trade show parties, ignored by the editorial boys’ club at IT publications, and constantly being tested by my boss, who often told me that I should get a thicker skin with regard to a particular client who had a penchant for making racist jokes during meetings.

It would have been easy to throw in the towel and quit, or sink to the level of unprofessional behavior by sniping back at my boss and insolent clients, or lodge a complaint with the Equal Employment Opportunity Commission. Without a trusted mentor to turn to at my job, I found myself repeatedly ruminating over these grim options at a time when stable jobs were hard to come by.

Instead, I decided to use the value of my leadership role within OC/PRSA to my advantage. This is something I would highly recommend to a YoPro, a mid-level associate, or even a Senior Roundtable-er: You can find ways to add value to your membership (and your career) by volunteering to assist with PRSA Committees.  In my case, I made myself available to help out and support the Diversity Committee. As a result, the networking skills and professional development I acquired from my peers in the organization led to an invitation to become a co-chair, which eventually lent a lot of credibility towards impressing my next employer. In addition, the Diversity Committee also became a safe space to share my experiences with others, which made me feel like I wasn’t alone in my career challenges.

Many of those relationships still exist today in both my professional and personal life, and I’m certain I would not have had the ability to survive – and thrive – as a PR practitioner in the IT industry for another five years of my career without them.

By the time I had moved on from my leadership of the OC/PRSA Diversity Committee, my then-current employer gave me the opportunity to “give back” as a mentor for other minority co-workers when the company initiated its first Diversity and Inclusion group. That was something I could not have envisioned taking place at an Orange County employer six years ago.

I’m glad to see that diversity initiatives appear intent on “walking the talk,” and have grown considerably more robust from their former place as an addendum on a Corporate Social Responsibility charter.

Bridget Jackson is a public relations professional with nearly two decades of experience in corporate, agency and nonprofit communications. She is currently a Public Affairs and Communications Advisor for NeighborWorks America, providing guidance to 30 affordable housing and community development agencies belonging to the organization’s Pacific regional service area. Connect with Bridget on LinkedIn.