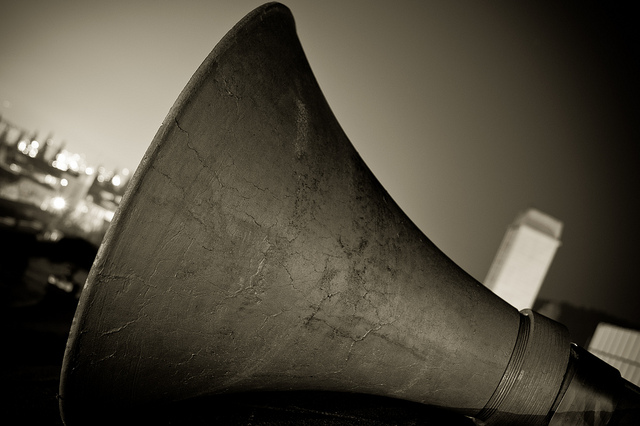 At age 5, while delivering the valedictorian address at my preschool commencement ceremony, I discovered that words could make people think, feel, act and react. I have been captivated by the power of words ever since. Therefore, it is no surprise that I pursued a career in law and public relations, where the stakes are high and where words wield life-altering power.

That’s why when I think of black history month, I think of how words helped to shape history during the civil rights movement. More than anything, however, I think of Dr. Martin Luther King’s speeches.

Much of King’s success as a leader of the civil rights movement is attributed to his timeless oratorical masterpieces; however, King’s speeches were only a part of King’s formula for success.  As I would later learn, words alone are rarely enough to get the job done. Unfortunately, words alone appear to constitute the vast majority of efforts to increase racial and ethnic diversity in the PR industry.

There are two critical components missing: boots on the ground, and a pipeline of reinforcements.

PR practitioners are among the most skilled communicators in the world. And we have put these skills to use to define, describe and debate the dearth of diversity in our profession.

We have formed committees, think tanks and focus groups to dissect and discuss diversity. We brainstorm and collaborate to generate ideas. But at the end of the day, it’s just more talking. Then we disconnect and tell the world that we had the conversation: #PRDiversityRocks. Nah. #TalkingAboutPRDiversityRocks. Nailed it.

Rarely, however, are there a significant number of potential minority practitioners present. Talk is cheap. But when there is no one there to hear it (or we’ve all heard it before), it is worthless. This points to the second problem with diversifying the industry:

There are not enough recruits in the pipeline

Despite arrests, intimidation and threats of violence, there were always foot soldiers ready to step up and take a role in the movement. There is a notable absence of potential practitioners in the PR pipeline, which originates on college campuses. According to the PRSSA website, only 15 HBCU’s have PRSSA chapters that’s about 14%. The number of minority PRSSA members at PWIs is below where we would like them to be. Over 10 years ago, I was the only black male in my PR master’s degree program, and I have yet to teach one as an educator. So what do we do?

Boots on the Ground

King always had associates and followers who were directly engaged, on a ground level, in achieving his goals. King himself marched, protested and was even arrested and his high-level advisors were actively engaged themselves. Also significant is that many non-blacks assisted in the movement. That will have to be the case in the PR industry is to diversify itself. Underrepresented groups can’t bear the load by themselves. African-American and Hispanic Americans make up only about 10 percent of all public relations professionals.

Filling the PR talent pipeline is going to require more than wishful thinking or eloquence. It’s going active PR professionals engaging and encouraging students to major in PR or pursue careers in the field.

Currently, we have done more message development than anything else. Perhaps we are victims of our own craft, accustomed to building awareness and increasing desire but rarely responsible for closing the sale. That responsibility is usually left for the client. When it comes to diversity in our field, however, we are the clients. It is our responsibility to close the sale.

To some degree, we have left the job of ground-level diversity to students. While their efforts are admirable, diversity is a nuanced and complicated subject requiring a skilled approach. Students can make an impact, but it’s usually not best to rely on your least experienced account rep to manage your largest and most demanding client.

Achieving greater racial and ethnic diversity is going to require current practitioners to get off stage, get from behind the podium, push back from the boardroom table, and pound the pavement of campuses to connect with minorities and encourage them to pursue the field. Alternatively, corporations and agencies must collectively put resources behind programs and initiatives that do just that.

Finally, It’s important to note that King’s most notable speeches were delivered after definitive ground-level action.  Only after successful completion of the march from Selma to Montgomery (which took multiple attempts) did King deliver a speech. King’s “I Have a Dream” speech followed the March on Washington for Jobs and Freedom.  Clarence Benjamin Jones, who assisted King in drafting the speech, has said that “the logistical preparations for the march were so burdensome that the speech was not a priority for us” and that, “on the evening before the speech that King still didn’t know what he was going to say. The takeaway: King was more focused on action than he was on words.

It’s time we shift our focus.

Tyrus B. Sturgis is an award-winning attorney and public relations strategist who provides branding and legal affairs consulting to educational institutions and creative industry professionals. He is co-founder of EllementsOnline.com and a faculty member at Auburn University. Follow Tyrus at @SturgisSays.