Editor’s note: In recognition of PRSA Volunteers, we invited members of various Committees and Sections to offer their views on the importance of volunteering and reflect on what prompted them to become a PRSA volunteer. If you’re interested in becoming a volunteer, please submit your application by visiting this link.

Looking back on my career, there’s no way I would be where I am today if it weren’t for PRSA.

When my sons were little, they used to complain when I’d travel to PRSA’s headquarters in New York. At the time, I was serving on the Universal Accreditation Board as a representative for PRSA. They didn’t understand why it was important to me that I give back. I tried to help them understand that everything they had was somehow connected to the networking I had done through PRSA. All they knew was that I was gone, and they didn’t like it.

I started this PRSA journey with a commitment to this profession. What I never expected in return was learning as much as I have about becoming a servant leader, the client referrals for business I never thought I’d have a chance to work on, and dear friendships that mean the world to me. I learned that it’s not just showing up. It’s diving in and giving back.

The first day I was exposed to PR at the University of Texas at Austin, my professor, Dr. Frank Walsh, APR, Fellow PRSA, told us if we were serious about a career in public relations, we’d get involved in PRSSA, join PRSA when we graduated, and pursue the APR at  five years of experience, and then mentor others behind us. I made that commitment to the profession without realizing what he was asking of me.

At the time, I didn’t realize that promise was the single best move I could ever make for my future. PRSA opened doors for me beyond my greatest expectations. Every internship and job offer I had in college was because of PRSSA. Once I was established as a young professional, I was offered jobs through my PRSA network.

My favorite story about the power of PRSA is the day I received a call from 7-Eleven about a year after earning my APR. The young woman said the company was looking through the PRSA directory for small, independent firms in San Diego, and my name, with the APR jumped out at her. She interviewed me, and within one month, I had a contract with the company that remained in force for more than 20 years.

At the 1999 PRSA Counselor’s Academy Conference in Tucson, I met two out of state colleagues for the first time that worked with me on the 7-Eleven business. We were so pumped up from information we were learning at the conference and from finally meeting each other in person that we decided to form a network of independent PR firms who work together to service large brands like we were already doing with 7-Eleven.  We came home from that conference with our bylaws and company structure in place for PRConsultants Group, which has since worked with numerous large brands and gone on to win its share of Silver Anvils. 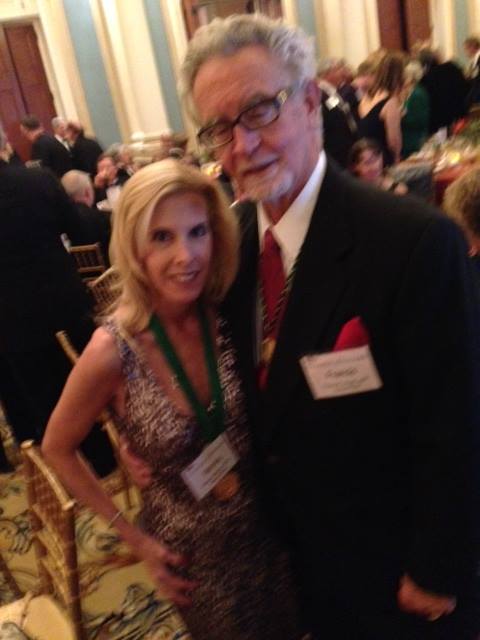 Through all of this, I learned that giving back is the greater gift, and my college professor knew it all along. My service to PRSA has made me a better leader, a more creative practitioner, more knowledgeable in my practice, and more confident in my capabilities. The time I give in service isn’t enough to make up for how the Society has enriched me.

That promise I made to the college professor came around full circle when I sent him a letter some 25 years later, letting him know I was being inducted into the PRSA College of Fellows and asked him to be my escort as I received my medallion. He didn’t respond to my letter. Months passed, and as I mingled with colleagues at the Fellows reception, I heard a voice behind my ear. “Marisa Vallbona?”

I turned around and there he was. Dr. Frank Walsh, APR, Fellow PRSA.

I gave him a big bear hug and said, “You made it!”

He said, “I wouldn’t miss it for the world.”

Marisa Vallbona, APR, Fellow PRSA, serves on the PRSA Board of Directors and is president and founder of CIM Incorporated, a Southern California-based public relations firm with offices in Los Angeles and San Diego. She is also the co-founder of PRConsultants Group, a national network of PR firms. She has won four Silver Anvil awards from PRSA and a Silver Anvil Best of Show. You can follow Marisa on Twitter at @mvallbona.