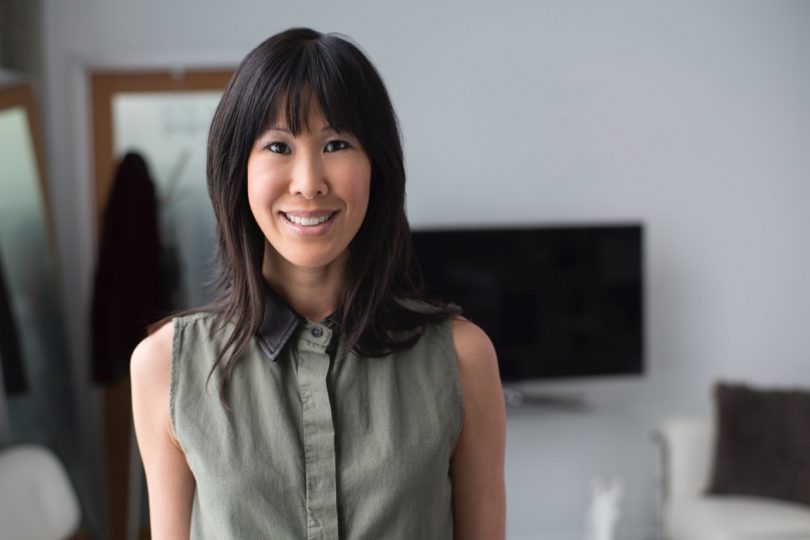 Laura Ling is a prolific journalist, with a body of work that includes reporting on slave labor in the Amazon, women’s rights in the Middle East and the energy crisis in sub-Saharan Africa.

However, it was telling her own story that provided her with one of the most difficult challenges of her life.

In March 2009, while researching the trafficking of North Korean women for Current TV’s “Vanguard” documentary series, North Korean soldiers captured Ling and her colleague Euna Lee along the China-North Korea border. The North Korean government sentenced them to 12 years of hard labor for illegal entry into the country.

Former President Bill Clinton traveled to North Korea as a special envoy, leading to Ling and Lee’s release after 140 days in captivity.

“It took a while to find my voice and be OK with sharing my story,” Ling told PRsay. “And I’ve actually found the process to be pretty cathartic.”

She documented her experience in her memoir, “Somewhere Inside: One Sister’s Captivity in North Korea and the Other’s Fight to Bring Her Home,” co-authored with her sister Lisa.

On Oct. 20, Ling will share more of her story as a keynote speaker at the PRSA 2019 International Conference in San Diego. In an interview with PRsay, Ling offered her thoughts on news readership, storytelling platforms and appreciating the little things in life.

Given the continued proliferation of social media, how have you seen the role of journalists evolve in recent years? Is it more difficult to engage your audience and make a connection?

There is no doubt social media is reshaping the news media and the role of journalists. On the one hand it provides richer ways in which journalists can engage audiences. I love the fact that I can have conversations on various platforms with people that watch my work. I feel as though I can have much more of a direct impact and build real relationships.

On the other hand, the big picture landscape of social media’s impact on journalism has also been a dark one. We’ve seen this with hyper-partisan Facebook pages that spread false information and fuel stereotypes and biases. Inaccurate tweets can spread like wildfire with dangerous implications. It’s a virtual wild west.

You’ve been telling people’s stories throughout your career as a journalist. Was it challenging to tell your own story after the 140 days spent in captivity in North Korea?

When I returned home after spending nearly five months held captive in North Korea, I went into a kind of self-imposed isolation. I had traveled to Northeastern China to report on a story about the trafficking of North Koreans into China and the hardships they endure. But rather than telling that story, I had become the story.

And I had a very challenging time dealing with that kind of attention. I didn’t want to leave my home. I recoiled at every media request. Not only did I not want to relive that dark experience, but I also felt tremendous guilt that our story of captivity had overshadowed the real issue I had gone to cover: the plight of the North Korean people.

It took a while to find my voice and be OK with sharing my story. And I’ve actually found the process to be pretty cathartic. I talk about this larger message of fostering a shared humanity and it’s one that I hope resonates with people.

How did your time in captivity help you appreciate the little things in life?

I’ll be talking about this in my speech to the PRSA in October, so I don’t want to give too much away, but I think any major life obstacle allows one to put things in perspective, to see life through a different lens.

When you are stripped of your freedom, you learn to treasure the small things. And that’s exactly what happened to me. I started practicing a specific ritual during my time in captivity that allowed me to maintain hope and express gratitude and I’m excited to share that ritual with everyone in October.

You’ve worked in multiple mediums — podcasts, web series, television. Regardless of the platform, what do you think makes a compelling story?

At the PRSA International Conference in San Diego this October, you’ll be speaking to an audience of professional communicators. What tips do you have for them to use when sharing stories on behalf of their own brands or clients?

I think it’s critical to have a clear mission so that you can have a clear message. And I think it’s the personal stories that can really resonate and connect. So if your brand were the central character in a story — what would that character’s personality be like? What are its beliefs and values? What is its motivation and purpose, and how can you bring that story of this amazing “character” to life?