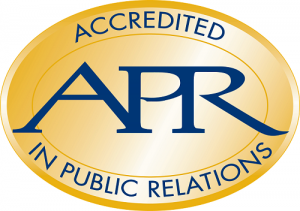 All my career I have worked with professionals in science and engineering. It’s likely because I came from an academic background of science. I was a biology major, initially intending to go pre-med and work in sports medicine. Then I got a D in organic chemistry and it was time to scale back expectations. The summer following that year, I got the only job I could, going door-to-door for Greenpeace Action trying to get people to care about the environment. I realized I had so much passion for the topic, that I changed my major that following year to environmental science.

When I graduated, my classmates sought jobs in labs or in the field, or they went to graduate school. I wanted the chance to convince larger groups of people to care about the environment, so I looked for a job in environmental communications. When I found a firm who did that, I relentlessly pursued a position there until I think I wore them down and they offered me one. But I soon realized passion for the cause was not going to be enough. I was lost in the ideas of paid and unpaid media, direct mail and community relations. Thankfully, I wasn’t determining strategy back then. But I wanted to learn how.

A colleague at the small firm where I worked was a PRSA member and encouraged me to join. It took me a couple more years to do so, but I did join PRSA in 1999. And when I learned about the Accreditation opportunity, I counted the days until I could apply, as back then you had to have been practicing public relations for a few years before you could do so.

Earning the APR in 2001 gave me credence in an office of scientists and engineers who had their PEs. When they asked me why I was recommending certain strategies and tactics over others, I had an actual answer, steeped in research, and they appreciated that. The value of the APR went far beyond the scope of helping me personally, though. It exposed all the other professionals in my office who thought of communications as a soft skill, to the very scientific and measured approach we take, and gave them a new sense of respect and understanding for the work we do.

I credit the APR with not only getting me an invitation to the management table, but also to assure that after some time, meetings would not start without me.

For more information about the Accreditation in Public Relations process, visit www.praccreditation.org.

Samantha Villegas, APR, is an independent strategic communications consultant working as SaVi PR outside of Washington, D.C. She is currently serving her first term on the National Board.